Here are 32 Flags, we’re getting jazzed up for yet another international tournament. Fresh on the heels of an amazing FIFA Women’s World Cup and CONMEBOL Copa America, the CONCACAF Gold Cup begins on July 7. Games are being played through the US and Canada, so fans of soccer: get out and cheer on international soccer!

For its entire existence, CONCACAF has been dominated by the USA and Mexico. However, at last year’s World Cup, Costa Rica was the only CONCACAF team to advance to the quarterfinals. Group B is headlined by a strong Costa Rica squad and likely the weakest supporting cast, with 71st ranked (as of the draw) Jamaica the highest seeded of the other squads.

While this is the most open of the three groups, the group is Costa Rica’s to lose. With the Ticos a lock to advance, the remaining spots are likely a crap shoot with plenty of talent and the potential for upsets.

With the both the recent retirement of MLS legend Dwayne De Rosario and recent international struggle, new leaders need to emerge and emerge fast for Canada. One would have thought that the recent Canadian expansion of MLS would have strengthened the national team somewhat, but that just has not been the case.

Player to Watch: Cyle Larin, Forward (Orlando City FC). Larin has been the surprise offensive star thus far for Orlando, playing alongside Kaka like he truly belongs. At times, he’s looked much more explosive and creative than Brek Shea. Let’s see what he can do at an international level. 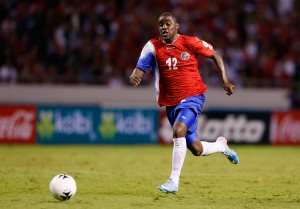 Player to Watch: Joel Campbell, Forward (Arsenal FC). Campbell looked like a million bucks at the 2014 FIFA World Cup, so much so that many observers expected to see him get some first team time with Arsenal this year. Well, that didn’t really happen as Campbell logged 10 Arsenal appearances (and 20 appearances on loan with Villarreal) across all competitions. We thought last summer was Campbell’s big breakout–maybe it will be this summer instead. 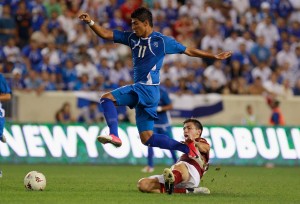 The El Salvador national team is still reeling from the 2013 match fixing scandal that resulted in dozens of suspensions and lifetime bans. Who knows what to expect from this group. There’s a great deal of new, young talent ready to prove themselves as the next generation, but there’s also a serious malaise over the nation’s footballing culture. Central American rivals Costa Rica, Honduras, and Panama have vaulted far ahead of El Salvador. Hopefully, the Salvadorans view the Gold Cup as a chance to write the next chapter in their footballing history and to put the match fixing scandal far behind them. 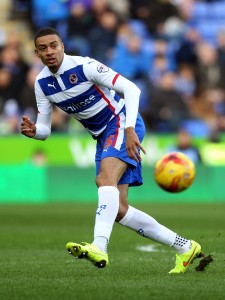 READING, ENGLAND – JANUARY 10: Michael Hector of Reading in action during the Sky Bet Championship match between Reading and Middlesbrough at Madejski Stadium on January 10, 2015 in Reading, England. (Photo by Ben Hoskins/Getty Images)

This club is just coming off a poor, but respectable showing at Copa America. Many predicted the Reggae Boys to get demolished, but they lost close 1-0 matches to each of Uruguay, Paraguay, and Argentina. Speaking to The Gleaner, Jamaican defender Adrian Mariappa (Crystal Palace) believes the team can do well: “We used these games as a building block and then we’ll try to go forward from there. Gold Cup I definitely think we should progress from our group. I think in that competition we can get to the later rounds if we definitely play like today.”

Player to Watch: Michael Hector, Center Defense (Reading FC). After being loaned to 11 (!) teams from 2009 to 2014, Hector finally settled in with English Championship club Reading FC, making 49 appearances last season. Hector was part of the spine that held high-powered Uruguay and Argentina to one goal each. Watch Hector in defense. His 6’4″ frame won’t be letting any headed goals in.

A massive swing game for the group. The winner of this will almost assuredly advance, and a draw opens the door for El Salvador to surprise us all. Expect a Jamaican victory, but the Canadian men could very well pull the upset drawing on the resonant energy left over from the women’s respectable performance at the Women’s World Cup.