With the Premier League season less than a week away, 32 Flags is breaking down the Premier League to give you a snap shot of each team. Today, we’ll be looking at the first 10, alphabetically. That’ll be Arsenal through Manchester United. 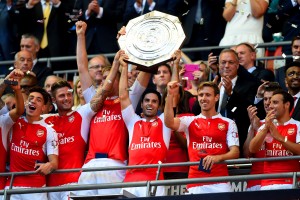 LONDON, ENGLAND – AUGUST 02: Captain Mikel Arteta of Arsenal lifts the trophy after their 1-0 win in the FA Community Shield match between Chelsea and Arsenal at Wembley Stadium on August 2, 2015 in London, England. (Photo by Mike Hewitt/Getty Images)

Wojciech Szczesny, GK, On Loan to AS Roma

The 2014/15 season for Arsenal was fairly exciting, with 2nd a distinct possibility until the last day. This season, Arsenal will be looking to kick on and better last season’s showing by placing 2nd. Placing 3rd and a few good cup runs will be considered the minimum this season. They are possibly one of two players short of a genuine title charge, though the window is still open. 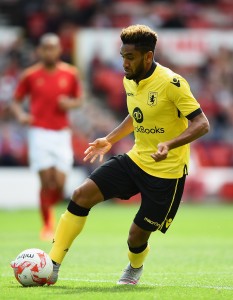 This season will be a tough one for Aston Villa. They were lucky to not be relegated last season and the appointment of Tim Sherwood revitalized them at the right time. This season will be much closer. They have sold two of their most important players in Christian Benteke and Fabian Delph. It will be up to the players they have brought in this summer to replace those two and keep Villa in the Premier League. 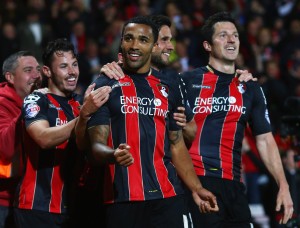 BOURNEMOUTH, ENGLAND – APRIL 27: Callum Wilson of Bournemouth celebrates with team mates as he scores their third goal during the Sky Bet Championship match between AFC Bournemouth and Bolton Wanderers at Goldsands Stadium on April 27, 2015 in Bournemouth, England. (Photo by Charlie Crowhurst/Getty Images)

Bournemouth were the exciting team in the Championship last season and they will look to bring that brave style to the Premier League. They haven’t made a ton of new signings for this season, but this could also be to their benefit. The Premier League has often been unkind to Championship teams that try to play on the front foot after promotion, but Swansea and Southampton have succeeded in staying up. Bournemouth will look to be the next team to accomplish that. 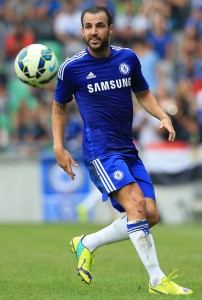 Thorgan Hazard, AM, for £5.62m to Borussia Monchengladbach

Chelsea will almost certainly be winning the Premier League this season. It’s that simple. They have amazing depth, great players in every position, and a top manager. This team is well drilled and able to grind out games when necessary. They’ve suffered defeat already in the Community Shield and will be looking to settle the score the rest of the season. 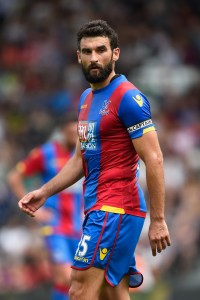 during a Pre Season Friendly between Fulham and Crystal Palace at Craven Cottage on August 1, 2015 in London, England.

Crystal Palace’s 2014/15 Premier League campaign surprised many fans who expected the team to collapse after the departure of Tony Pulis. Under Pulis, they had been a defensive powerhouse, in the Pulisian style, and it became a firm foundation that new manager Alan Pardew would build on. The hiring of Pardew saw Crystal Palace become a bit more adventurous in attack and led them to a 10th place finish after an exciting run of form. They will hope to build on this, with Yohan Cabaye and Connor Wickham hoping to spark something special and Selhurst Park.

Continued on Next Page (Everton to Manchester United)