For the big name clubs in England this season, the 2015/16 Premier League campaign has been defined by turmoil at the managerial position. Louis van Gaal has seemingly been on the hot seat all season but has somehow escaped firing despite United winning just five of their last 16 matches – with two of those wins coming against lower level opposition. Meanwhile we’ve already learned that neither Chelsea nor Manchester City will begin next season with the same manager that started this current season.

When the big clubs look for a new manager they typically only want the “best.” All season long we’ve seen names like Pep Guardiola, Jose Mourinho, Carlo Ancelotti,  Jurgen Klopp, Manuel Pellegrini, and there have even been reports that Chelsea may try and bring back Leicester City manager Claudio Renieri this summer. After all, these are apparently the only managers with the resume and success that are capable of managing a club with the history of Manchester United, or with the money of Chelsea or Manchester City.

While those popular names float around in the gossip columns every day, up until very recently, the best manager in England was never mentioned. That would be Tottenham manager Mauricio Pochettino. 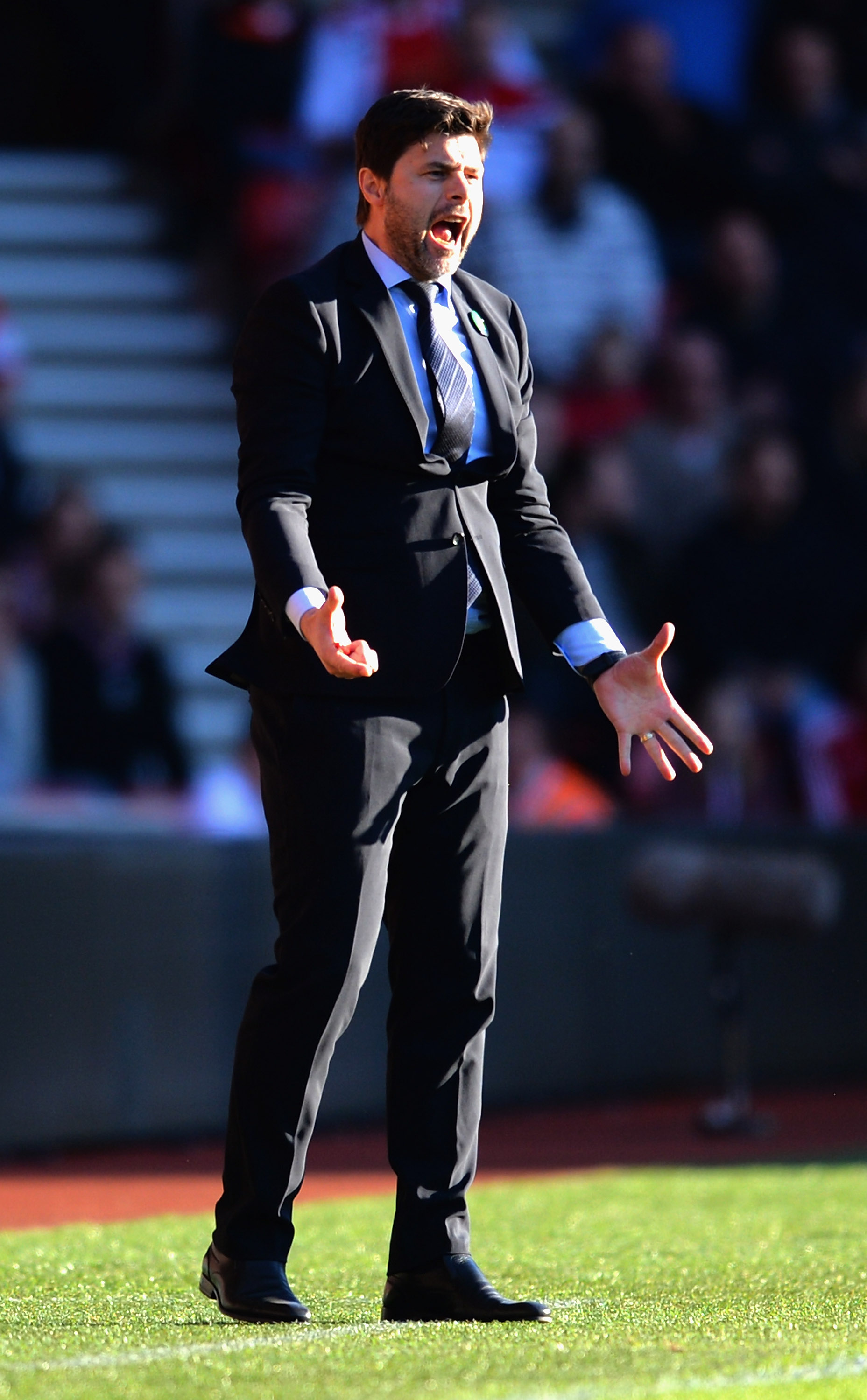 Pochettino is in just his third full season managing in the Premier League and has already had remarkable success. The former Argentina international arrived in England when he took over a Southampton club that was hovering near the relegation zone in January 2013, where he did enough to keep the newly promoted side out of the relegation zone.

His first full season as a manager is where Pochettino began showing off his managerial magic. After finishing 14th in 2013, the Argentine guided the Saints to an eight place finish, their best Premier League finish since 2003. That caught the attention of Tottenham who snatched him up after just one full year at Southampton.

Pochettino spent his first year at Tottenham molding the club into his image. After a fifth place finish his last year, Pochettino now has Spurs second in the league and have fewer losses then every team not named Leicester City.

Despite the results speaking very loudly in Pochettino’s case for being the best manager in England, it’s his player development that sets him apart from everyone else. Pochettino believes in youth, he puts his trust in them, and at each of his two Premier League stops, has managed to get the very best out of his young players.

It’s no coincidence that Pochettino has been the manager of 10 of the last 18 players to make their debut for the English national team. Luke Shaw, Rickie Lambert, Calum Chambers, Adam Lallana, Jay Rodriguez, Nathaniel Clyne, Harry Kane, Ryan Mason, Eric Dier, and Dele Alli were all being managed by Pochettino when they received their first England cap. While most of the Southampton contingent in that group were quickly poached away by bigger clubs, Pochettino has made those England youngsters the backbone of his current Spurs side.

This season Pochettino’s Tottenham’s side is the youngest team in the Premier League. At age 28, Spurs vice-captain Jan Vertonghen is the oldest outfield player in the squad. The youth revolution has worked; Spurs have lost just three games so far, have one of the best defenses in the Premier League, and have a legitimate shot at winning their first league title in 55 years.

While Pochettino deserves credit for going with youth, he should be getting even more praise for not losing his trust and abandoning his philosophy early in the season. Tottenham took just three points in their opening four matches, but instead of panicking, Pochettino trusted what he was building. What he was rewarded with was an incredibly consistent side, that waded through the early growing periods of most of their players by picking up draws instead of losses.

Now that those players are fully acclimated to the Premier League the team is starting to take off. Led by 22 year old Harry Kane and 19 year old Dele Alli Tottenham have won four straight league matches, outscoring their opponents 13-2 in the process, and that goal differential should be even higher if it weren’t for the heroics of Watford keeper Heurelho Gomes.

Jose Mourinho may win the league title with every team he goes to, but when was the last time he developed a young player? In just three full seasons in England Mauricio Pochettino has already guided two different clubs to unprecedented success. When you add in his proven ability to develop young players, not only does that make Pochettino the most complete manager around but it also has set himself up to win trophies for many years to come.

If you’re looking for the best manager in England, he works at White Hart Lane.