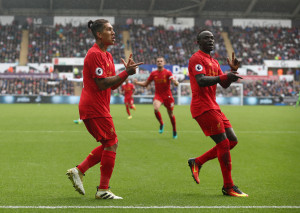 The upcoming Liverpool-Manchester United derby match is big this year. Way bigger than previous years. Why is that? This match comes at the perfect time to create a narrative for both teams. We are seven games into the season now. After this match, we will be 21% of the way through the season. We’re right around the time when the table starts to become realistic and teams start to pull away. This game will have astronomical effects on both league placement and the narrative that follows that.

Right now, Liverpool are two points off league leaders, Manchester City, and Manchester United are three points behind Liverpool. If Liverpool win the derby, they have the chance to go to the head of the table and establish themselves as title contenders. While many Liverpool fans are remaining quietly hopeful that this may be the case, there is an equal number that have been burned far too many times to take anything too seriously this early in the season. A Liverpool win goes a long way towards turning the doubters into believers, albeit quiet ones. It will be a few months before you hear the “We’re gunna win the league” chants breaking out from the terraces at Anfield. A win also solidifies them as the in-form team in the league, especially after they nabbed both the Manager of the Month and Goal of the Month awards. 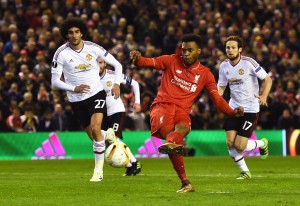 LIVERPOOL, ENGLAND – MARCH 10: Daniel Sturridge of Liverpool scores their first goal from the penalty spot during the UEFA Europa League Round of 16 first leg match between Liverpool and Manchester United at Anfield on March 10, 2016 in Liverpool, United Kingdom. (Photo by Laurence Griffiths/Getty Images)

A loss, while not necessarily catastrophically damaging, puts an end to Liverpool’s incredible run of form and cools the enthusiasm ever so slightly. It will also put them level with Manchester United. A loss would most likely remind many Liverpool fans that the original goal of the season is a top four finish, though a title challenge is always appreciated.

For Manchester United, a derby win, as noted above, would put them level with Liverpool. For a team like Manchester United, their form, and the narrative surrounding it, has been uneven throughout the season. They began the season on fire, winning every match until their defeat to Manchester City. After that, however, they lost two more games in the league and Europe. Since then, they have beaten Leicester and Zorya and drawn Stoke. It should also be noted that while they won against Zorya, they were hardly convincing. A win over Liverpool will balance the narrative for Manchester United and show that things are back on the right track. 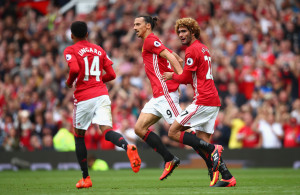 A Manchester United loss, on the other hand, sets them even further down the wrong path. Right now, people are doubting Jose Mourinho and the team. The fear factor surrounding Manchester United has taken a two year beating and the 3-1 loss to Watford and the draw to Stoke hasn’t helped that. A losing in the derby against Liverpool, who are seen as one of the most exciting teams in the league, will pile the pressure on Mourinho and his team.

The derby is a chance for both teams to flip the narrative in their favor. Win, and suddenly you’re on a good streak of form. Lose, and you get a massive blow to the confidence. That’s just what the North-West Derby is capable of. It’s one of the most hotly contested, highly anticipated competitions in world soccer. The results tend to shake the league. This one should prove no different.