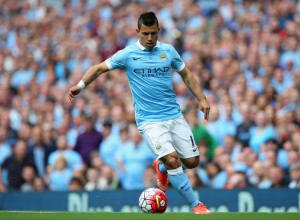 That’s not even looking at who they played. The first two fixtures were Tony Pulis’ West Brom, always a difficult fixture, and Premier League title rivals, Chelsea. They outclassed both teams thoroughly, regardless of what Mourinho is saying. So what happened to the team that almost fell out of the Top 4 last season?

A big part of this transformation falls to the revitalization of Yaya Toure and Vincent Kompany. Both players had two goals this season until Toure’s second against West Brom was awarded to David Silva. Both players also had serious issues with form near the end of the 2014/15 season. Toure looked exhausted, Kompany looked past his best. This season, both players look like they’re back to their astonishing best.

With Toure, the problems arose because he simply played too many games last season. Toure competed in not only the Premier League, the Champions League, and the domestic cups, but also the World Cup and the African Cup of Nations. That’s a lot of games. We are definitely seeing a fully rested Yaya right now and it will be up to Manuel Pellegrini to manage Toure’s fitness throughout the season. 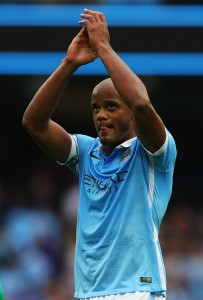 Kompany, on the other hand, didn’t look tired last season. There were times where he seemed to simply be overwhelmed, almost confused. It would be fair to say he got caught out a lot and dropped some crucial mistakes. So what has happened this season? A big thing is the goals. Getting two goals in your first two games, especially a defender, will make anybody look great. But Manchester City have also been fiercely stable at the back. For this, we have to look at Kompany’s partner, Eliaquim Mangala. Kompany is a defender that relies a lot on his partner. Mangala has been solid so far this season, unlike large portions of last season. As such, Kompany has looked a lot more solid.

This isn’t to say Kompany isn’t a good player. He is. One of the best defenders around. Like with most defenders, he needs the right partner, though. Kompany prefers to play on the front foot, anticipating passes or moves, stopping things before they become dangerous. This is an incredibly effective and attractive style of play, but can be really risky. Mess up the move and the other team is in on goal. That’s why a defender like Kompany needs a partner who can sweep up behind him effectively. When a player like Kompany doesn’t have that, the downsides of that style of defending are that much more apparent.

Finally, the purchase of Raheem Sterling, and the utilization of Jesus Navas, has been important to the form Manchester City are now in. So far, Sterling hasn’t necessarily set the world alight at the Etihad. It’s what he allows other players to do that is so effective for City. With Sterling and Navas’ 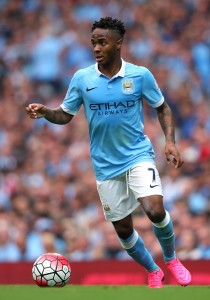 pace on the wings, it pins back defenses, gives teammates outlets and spreads defenses out. This is the most effective way to counter teams that come to ‘park the bus’. You’ve seen the evidence of this in their first two games against two of the most defensive managers in the league, Tony Pulis and Jose Mourinho.

This switch in formation also has the added benefit of moving David Silva into the middle of the park. By spreading out the defense with the lightning quick wingers, Silva is afforded so much time and space that he can really grab the game by the scruff of the neck. Silva is one of the best players in the world when he is allowed to influence a game.

It’s incredible that three fairly small tweaks can have this much effect on a team like Manchester City. It’s still early days in this Premier League season, and with Chelsea now strengthening further, City will have a fight on their hands. But if they can keep this form up, they’ll be the team to beat this year.