In a recent interview with the Associated Press, Brazilian striker Hulk discussed some worrying trends he has encountered at Zenit St. Petersburg.  Many who have followed the Russian Premier League will know of the massive racism problem that has plagued that league. 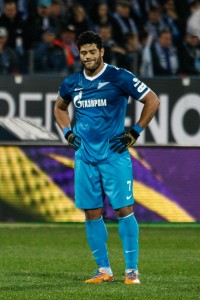 While the 2022 World Cup in Qatar might  be getting all of the press, it is the 2018 World Cup that should be looked at. In this recent interview, Hulk, the star player for Zenit and most expensive signing in Russian Premier League history, claims that racism is shockingly common. As in “almost every game [he] can see this happening”. Hulk believes that this  level of racism could ruin the upcoming World Cup.

“If [racism] happens in the World Cup, it will be really gross and really ugly”.

This isn’t the first time that Hulk has been involved with racism in the Russian Premier League. Recently, the abuse got so bad that Zenit St. Petersburg manager Andre Villas-Boas stepped in to call the supporters a “disgrace”, describing the chants “impossible to understand, accept or explain”. A less recent example of Hulk being the victim of racism goes back to 2014. After a game in late November 2014, Hulk registered an official complaint over a referee making racist comments towards him during a game. A referee. The referee, Alexei Matyunin, was eventually cleared of the accusation. Not because he was proven to not have said those derogatory remarks, but because they couldn’t prove that he had.

Hulk isn’t the only player receiving the racial abuse. In his first game for Spartak Moscow, former Arsenal midfielder Emmanuel Frimpong received a red card when he reacted to racial provocation with “an obscene gesture”. Frimpong went on Twitter after the game to lament the racism and apologize for getting sent off.

He also echoed Hulk’s concerns over the 2018 World Cup.

Abused..and yet we going to hold a World Cup in this country where African will have to come play football I must stressed not all Spartak

This exact same incident has happened many times over the last few years. Both Congolese defender Chris Samba and Gabonese midfielder Guelor Kanga received bans for reacting to racial abuse. Even players outside the Russian Premier League aren’t safe when visiting. Yaya Toure of Manchester City received racial abuse when his team played CKSA Moscow back in 2013. 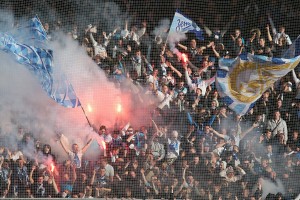 Outside of the game itself, the anti-discrimination group Football Against Racism in Europe (or FARE) found over 200 incidents of racial or disciminatory abuse in Russian soccer. Sounds pretty bad, right? It gets worse when you realize that the study was only over the course of two seasons.

Racism is such a problem in Russian soccer that in 2012, Zenit St. Petersburg fans wrote an open letter to the club demanding that the club not sign any gay or non-white players. The letter claimed the black players were “forced down [their] throats” and that gay players were “unworthy of [their] great city”.

The racism problem is so bad that FIFA has warned Russia needs to crack down on it or face a World Cup boycott by black players.

With how deeply ingrained the problem seems to be, it’s hard to disagree with Hulk when he fears for the 2018 World Cup. Many share his opinion and, as the 2018 World Cup nears, we’ll definitely be hearing more about racism in Russian soccer. And that fact makes me really, really sad. There is no place in modern soccer for racism. There is no place for it in modern society.