With two teams at a chance for an all African final in the U-20 World Cup, Senegal and Mali had a chance to make history. Unfortunately for them both crashed out of the semi-finals and still will make history in that they will take part of an all-African consolation game, the first of its kind, assuring that two African nations will finish in the top four of the U-20 championship for the first time since 2005 when Nigeria and Morocco finished 2nd and 4th in the last ever FIFA World Youth Championship, before it became known of the U-20 World Cup .

The African continent has come a long way from qualifying for their first World Cup in 1934, when Egypt qualified for the World Cup in Italy, and recently the state of African soccer is on the rise. In recent years, FIFA has added more and more African nations in the World Cup, something unthinkable as up until 1974 only three teams from Africa even participated in the World Cup. 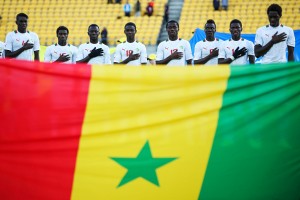 Now Africa has five automatic berths in the world’s greatest tournament, a far cry from the one automatic berth it had starting in 1974, and the African nations have made a great impact in recent World Cups. The World Cup in 2010 was held in South Africa and Ghana made an impressive run towards the semi-finals, until Luis Suarez’s infamous handball denied them that chance, and the youth squads have made great strides in their tournaments as well.

Ghana is the only country to have won the U-20 World Cup, in 2009, as well as has winning the the U-17 crown twice with their most recent result is coming in fourth place at the 2013 competition. Nigeria leads the pack with four U-17 World Cup titles to their name, last one coming in 2013 and finishing in second three times in the competitions.

Also many of the players that participated in these U-17 and U-20 competitions have, or currently, play for big clubs abroad such as John Obi Mikel (Chelsea), Kelechi Iheanacho (Manchester City), Mohamed Salah (Fiorentina), Ahmed Musa (CSKA Moscow), among many others that have developed to become great players in the big leagues.

Not only do the players who achieve playing in European leagues achieve the greatness in the Under competitions as teams like Mali and Senegal have their squads mostly come from their domestic leagues, with some playing abroad in France, Portugal, and Turkey. Some other players play their club soccer in other leagues in Africa, which shows that African club soccer is on the rise as the quality of players show when competitions like the U-17 and U-20 come around the African teams are usually the ones that do great or go far in the tournament. Club teams in Africa are getting better facilities to train and, with modern technology, they can adapt better to the European style of play.

Take for example the 2009 U-20 World Cup winning Ghanian squad, most of the squad that won the tournament that year have gone on to play in the Ghana senior squad in big tournaments such as the African Cup of Nations and even the FIFA World Cup. André Ayew is a prime example, he was the captain of the 2009 U-20 side, and since then has been voted African Player of the Year in 2011 and recently signed to play for Swansea in the English Premier League.

If the African continent continues to produce great quality players such as: Ayew, Ramon Azeez and Kenneth Omeruo (rising stars for Nigeria), Ambroise Oyongo (Cameroonian who plays for MLS side Montreal Impact), and many others that have played in the U-20 and U-17 levels, they will be a force to be reckoned with in the future.

Now, with Senegal and Mali playing for third place some might see this as a loss for both teams, but in the grander scale this can be seen as a win for African soccer. Soccer has been a staple of African life since it was introduced in the continent and now Africa is showing that they too can play with the big boys. It is only a matter of time until the level becomes as great as the one here in the U.S. or maybe even as great as the South Americans or even Europe.