The FIFA awards ceremony is a very long ways off, but it’s hard to imagine anyone more deserving of Coach of the year than Claudio Ranieri. His season in Leicester has been nothing short of remarkable, and he must be the odds on favorite to with the award. Most certainly with better odds than 5000 to 1.  Managing a side battling relegation a year ago to a Premier League championship is one of the most incredible feats in modern sport. It’s something straight out of a video game.

With all that in mind, there are still plenty of wonderful managers in the world and a lot can happen in the latter half of the year, especially with a few major international tournaments up for grabs this summer. While it will take an awful lot to replace Ranieri as favorite for Coach of the year, here is a look at four managers that you could make a case for.

You don’t beat Barcelona and Bayern Munich in back to back rounds of the Champions League without a half decent game plan, and Diego Simeone has organized one of Europe’s best defenses over the past season.

Atletico’s defensive record under Simeone is brilliant, and he has a chance to win the club’s very first Champions League. If he succeeds he will have gone through Barcelona, Bayern Munich and Real Madrid in successive rounds. That is no small feat. Between those 3 sides, there are 20 European Cup/Champions league trophies. Twenty. To actually have a chance at winning this award he’ll actually have to beat Real Madrid later this month. But if he does that would make three consecutive giant killings. and that isn’t half bad.

It seems like years ago that Real Madrid was struggling under Rafael Benítez, but early this season Los Blancos were floundering. Everyone knew Benítez was going to be given a very short leash, and not long after the new year, he was sent packing. Since Benítez was let go, and club legend Zinedine Zidane was brought in the 10 time Champions Leauge winners have been revitalized. The club is now enjoying a 10 match winning streak, five short of Madrid’s all-time record. 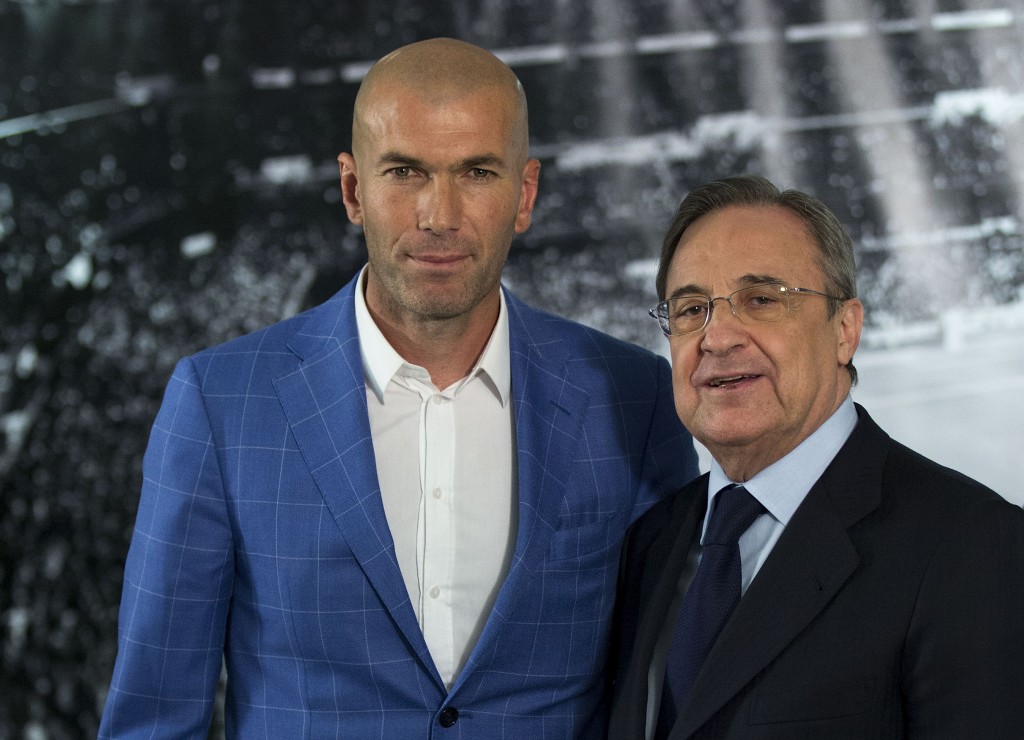 Zidane is a big reason for the turnaround, and he’s about to play for his first Champions Leauge title as a coach just months after making is debut as a first team manager. Zidane has always been a winner and he’s showing he can be just as big a winner from the bench. Not only has he been a success in his first few months on the job, but he’s a big name with a big personality and those traits usually play well during award season. But like Simeone, he’ll actually have to win the Champions League if he has any shot of upsetting Ranieri.

Joachim Löw won this award back in 2014 following Germany’s win in that summer’s World Cup. If he were to manage to secure a victory in the coming Euro competition then he could become the first two-time winning coach of the award.

Löw and Germany didn’t enjoy the best qualifying campaign, they lost to both Poland and the Republic of Ireland. Löw has always been able to get his team prepared for major tournaments, however. The four previous tournaments Löw has managed, Germany haven’t failed to reach at least the semi-finals. Winning in France, after a turbulent qualifying campaign and the international retirements of key players like Philipp Lahm and Miroslav Klose, would at least get him into the final 3 for coach of the year.

To have any chance of winning this award Vicente del Bosque would have to win the Euros and win in style. Del Bosque didn’t have the greatest World Cup in 2014. Some might even be surprised he’s still the boss in Spain, given how badly the team capitulated in Brazil. That being said, del Bosque does have one thing going for him, a win in France would give Spain an unprecedented third consecutive Euro championship, that must count for something.

Spain also had a very strong qualifying campaign. Only losing one out of ten, the Spanish team comes into Euro 2016 in great form. He may be a long shot, but if del Bosque can give Spain it’s third straight Euro crown then you have to admire that longevity.