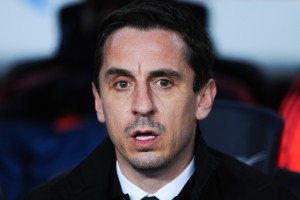 Gary Neville is having a torrid time at Valencia. Valencia, one of the biggest teams in La Liga, currently sit in 14th and in are in a terrible run of form. When I say terrible, I mean winless, outside of the Copa del Rey, since early November. When Gary Neville took over in December, many were skeptical that he would be able to transfer his frankly brilliant analysis ability on Monday Night Football to coaching. Well, it turns out they were right, which as some celebrating. That’s how bad things have been. He has even been asked to apologize and resign for his performance as manager. I haven’t seen a manager hated this much since van Gaal at Manchester United or Moyes at Manchester United. That said, none of those teams form came close to a league form of 5 points out of a possible 27. What the heck is happening?

The Critic and the Artist

As hinted at earlier, there is a massive, massive difference between analyzing a game and managing one. Much like how it is easier to be an art critic than an artist, creating a game plan and how to best implement it is a very different task than picking apart tactics afterward, with the benefit or hindsight and replays. While tactics may appear simple to figure out, the fact is that Gary Neville has no experience with setting up players in real time. Any manager can figure out tactics, the best managers know how to change tactics to suit a game, as well as changing tactics mid-game when they’re not working. When Neville was commentating or analyzing a game, he was looking at it as a complete product, with all of the context that comes from a result. This can go a long way towards informing what needed to be changed during the game. Developing the skill to tell what needs fixing in the moment can take years to develop, and some top managers are still weak in that. It might have been wiser to get more experience coaching or managing a youth side first.

Some managers can get away with not being 100% fluent in the language their players speak. Generally speaking, though, these are managers who have a ton of experience in the game and focus on the tactics. The day to day functions are usually handled by their assistants, who do speak to their managers. Gary Neville, however, has shown that he prefers to control training and tactics of his team. I honestly believe that this is the best way a manager can coach, but only if he speaks the main language of his team. Communication issues that arise from speaking a different language can influence how difficult training can be. It can affect how players understand a manager’s tactics. Imagine how hard it must be for a player to try to learn a new system of play when everything is going through a translator. It also can lead to the next problem facing Gary Neville’s Valencia. 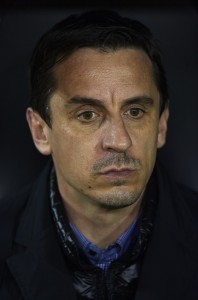 What that video above also shows is that the players are just not listening to Gary Neville. At all. How many times does he angrily repeat himself? How about how he yells at Ruben Vezo to get ready. While Neville was a great player, and this usually affords newer managers some level of respect, he has very little coaching experience. Add in that he barely speaks their language and that he [allegedly] only got the job because he’s the owner’s friend and you have the perfect storm for a new manager. This is only exacerbated by the terrible run of form for the team. They clearly have no faith in Neville, and this is reflected in how the team plays. If he is going to turn this around, Gary Neville needs to start winning and get the players on his side. It needs to happen immediately, or it won’t happen at all. Already, he is looking like a lame duck manager, with it becoming a question of when, and not if, he will get sacked.

So what’s next? Well, according to Guillem Balague, Valencia have approached former manager Rafa Benitez. Balague gets a lot wrong from time to time, but when it comes to Rafa news, he’s incredibly reliable. The two have been friends for years. Rumor have been circulating that he has turned down the job, however, as he was not interested in working with owner Peter Lim. That has reportedly scared other managers away from the prospect of working with this traditionally large Spanish club. Peter Lim clearly understands that a change is needed, but he isn’t left with much of a choice. Nobody wants the job. The choices left to him are to stick with Neville and risk relegation or risk everything and pick an unknown quantity for a manager. Somebody like a former player or a young manager from the lower leagues. Whatever he does, it needs to happen fast. Ultimately, Peter Lim made the decision to hire Neville. Now he has to deal with the consequences.