In a very “facepalm” worthy moment, Tottenham welcomed hockey legend Wayne Gretzky to White Hart Lane for the North London Derby game against Arsenal. As is customary in situations like these, the VIP gets treated with their very own personalized kit for a photo op. That is where things took a turn as you can see here.

Well it appears the tweet was deleted, but here’s the pic in question. 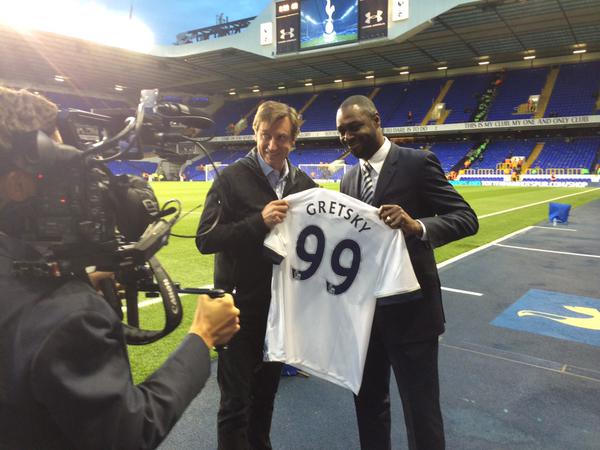 Okay, there isn’t much hockey played in England so maybe Wayne Gretzky isn’t as much of a household name as he is in the United States or Canada. But still, someone maybe in between making the kit and presenting the kit to him should have noticed that it was misspelled and get someone to hurry up and make a new kit with the correct spelling in order to take pictures with.

Either way, I guess Tottenham’s heart is in the right place. Credit to Wayne for being a professional and smiling through the pics like nothing is wrong.