Filipe Luis’ glorified loan to Chelsea has ended with his return to Atletico Madrid for an undisclosed fee. The London club confirmed the move Tuesday morning. 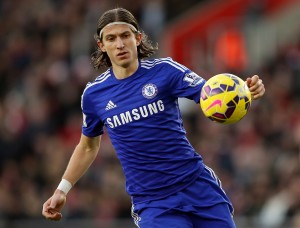 SOUTHAMPTON, ENGLAND – DECEMBER 28: Felipe Luis of Chelsea during the Premier League match between Southampton and Chelsea at St Mary’s Stadium on December 28, 2014 in Southampton, England. (Photo by Scott Heavey/Getty Images)

Filipe Luis will be returning to a club that he will be expected to start with. This is essential. The 29 year old is reaching the prime of his career and the 26 caps for Chelsea last season will not be enough for a player of his caliber. He will slot right  back into the spot that saw him win La Liga with Atletico two seasons ago.

“We all know Filipe Luis. We will be stronger with one of the most talented wingers in the world. He already knows our club and our way of playing so he will adapt quickly.”

Atletico appear to be getting a pretty good deal in this. Not only do they get a top fullback, but a fullback that knows their system. Filipe Luis 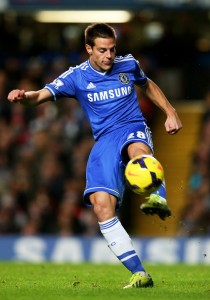 LONDON, ENGLAND – DECEMBER 29: Cesar Azpilicueta of Chelsea clears the ball during the Barclays Premier League match between Chelsea and Liverpool at Stamford Bridge on December 29, 2013 in London, England. (Photo by Julian Finney/Getty Images)

should have no trouble getting reacquainted with Atletico after only a season away.

This move has been expected from Chelsea for a little while. The continued rise of Cesar Azpilicueta was always going to make it difficult for Filipe Luis to nail down a spot. This became clear on July 23rd, when Chelsea manager Jose Mourinho said:

“We have already sold Filipe Luis. We do not need a substitute. We have a squad already complete and in that role there is Cesar Azpilicueta, who is the best left-back in the Premier League.”

Pretty strong words from the Portuguese manager. He’s not terribly far off, however. Azpilicueta, also known as Dave to Chelsea fans (since his name is difficult to type), has undoubtedly been one of the strongest left-backs in the league for a few seasons now. Chelsea have also been linked with Augsburg fullback Abdul Baba Rahman, who could act as backup to Azpilicueta and replace Filipe Luis.