Another twist in a story that we’ve covered previously. This one seems like it’s going to get uglier. This morning, it was reported that Raheem Sterling has missed practice with Liverpool. He called in sick. The news was reported by the ever reliable Tony Barrett (one of the best out there).

Raheem Sterling failed to attend training this morning after phoning in sick. Liverpool are refusing to comment on his absence.

The report was also covered by a number of other reputable sites, including the equally reliable James Pearce of the Liverpool Echo. Liverpool have yet to make comment.

This comes in the wake of Sterling asking to be left off the preseason tour yesterday. He was given an emphatic no. He is still a player at Liverpool and will be expected to honor his contract.

The reaction to this news has not been positive, to say the least. As if the press about the kid wasn’t negative already. Clearly, this is just another tactic to try and push Liverpool into accepting an offer from Manchester City, who have yet to meet their valuation for the player. In our previous article about this subject, focusing on Sterling’s agent Aidy Ward, we looked at how there wasn’t much this pair wouldn’t do to push through a move. 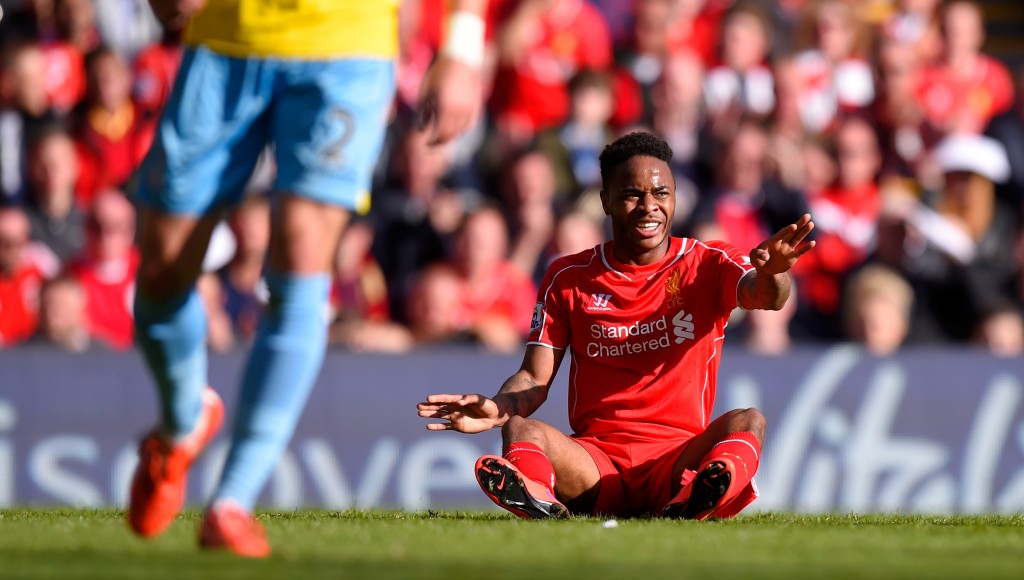 LIVERPOOL, ENGLAND – MAY 16: Raheem Sterling of Liverpool reacts during the Barclays Premier League match betrween Liverpool and Crystal Palace at Anfield on May 16, 2015 in Liverpool, England. (Photo by Stu Forster/Getty Images)

This, coupled with the news that Sterling has been offered 50% of the agent fees should the move go through, is more than a little suspicious. It certainly refutes the claims made earlier in the saga that this move wouldn’t be about money. Well, that and the fact that Sterling hasn’t put in a transfer request.

Claims have surfaced today that that real reason behind Sterling’s desire to move isn’t money. It really isn’t even that he wants to challenge for titles and such. Sky Sports Sources have reported that the biggest reason behind this saga is that Sterling has no desire to play under Liverpool manager, Brendan Rodgers.

While we can almost certainly take it that the source behind this is in fact Aidy Ward, it doesn’t take away any validity. It matches up with reports earlier in the postseason that claimed Sterling would stay if Jurgen Klopp got the Liverpool job over Rodgers. This can also be viewed as a classic shifting of blame, however. It would definitely be seen as Sterling and his agent attempting to reframe the story as not their fault. That it is Rodgers who is the problem. It may honestly be a bit of both.

*UPDATE: Since writing this, it’s been revealed that Sterling’s phone number has been leaked on Twitter. Rumors have stated that he has been receiving racial abuse over the phone. This is potentially the reason he has missed practice. If you’re a Liverpool fan and you are doing this, seriously, stop. Scratch that, if you’re doing this, just stop and have a think about yourself.*

So here we are, with quite a few new twists in this already toxic transfer saga. Liverpool look set to dig their heels in. With Manchester City having not even contacted Liverpool over Sterling in almost a month, this one could continue to rumble on for quite some time.