Barcelona became the latest team to have their next season kits leaked today thanks to Footy Headlines and Spanish newspaper Sport. While Barcelona undergoes a few changes to the design, they’re keeping the same color scheme.

Compare and contrast the kits from this year to next year. 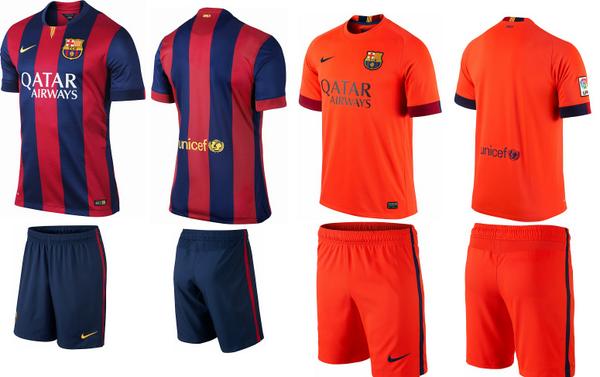 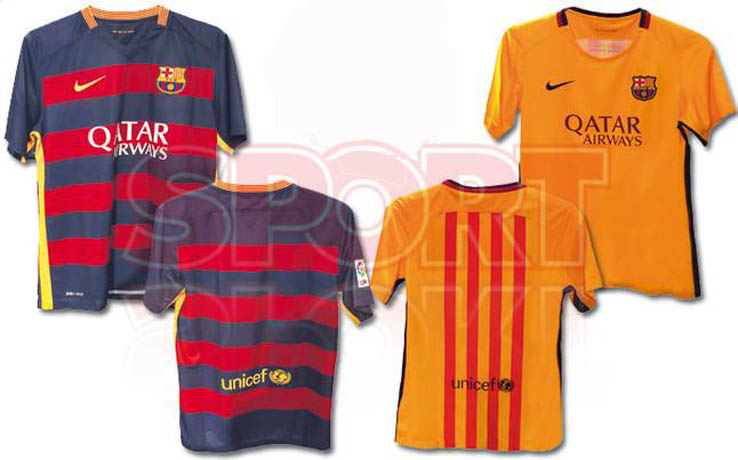 For the home kit, the visual changes seem to be that the stripes will go horizontal instead of vertical along with a yellow stripe down the sides and a orange and red striped collar. On the away kit, the primarily orange color will remain as it honors the Catalan flag. The main difference is vertical stripes going down the back. It also has a red an blue striped collar.

Going off of my amateur fashion eye, I don’t really like the look of these jerseys. There is just something about them that leaves me thinking that there should be more. Also, horizontal stripes are very tough to pull off. It does work on the rare occasion on a kit but there have been way more misses than hits when it comes to horizontal stripes on soccer kits. When it comes to the away kit, I like the away better than the home but it still lacks something. If these kits are for real, the designs really show that a minimal change can make a lot of difference.

Either way, it’s Barcelona. It doesn’t really matter what it looks like. Regardless of how it looks, Barcelona could design it to be almost anything and the team will sell millions upon millions of kits worldwide.