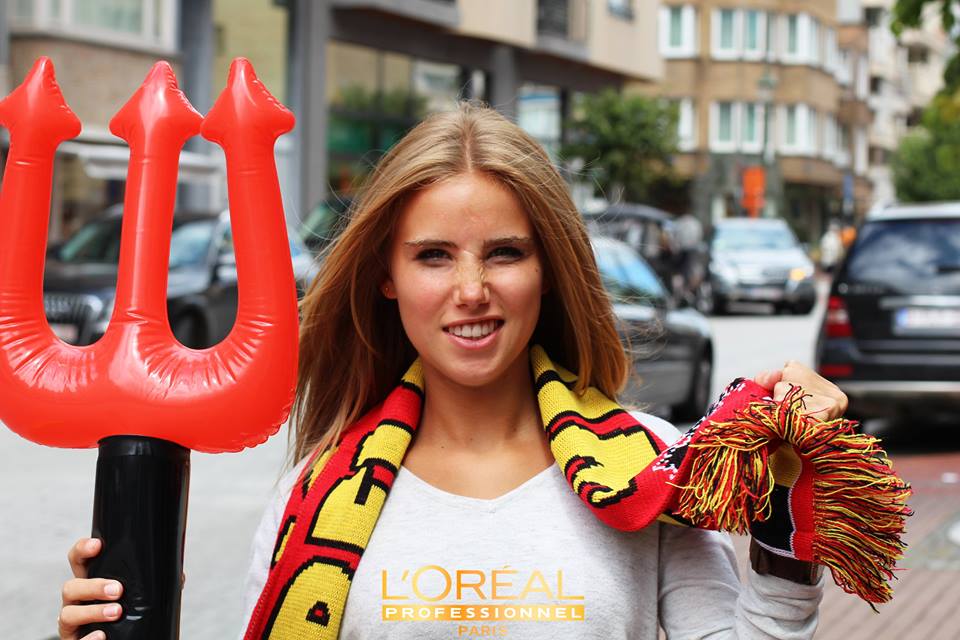 While the Belgians lost to Argentina and were knocked out of the World Cup, one of the nation’s more photogenic citizens ended the tournament more successful.

Axelle Despiegelaere – the 17-year-old, international version of Katherine Webb, with the five-sentence Wikipedia page – was spotted in the crowd during Belgium’s victory over Russia and signed to a modeling contract with L’Oreal apparently because of photos seen on Twitter.

Unlike Webb, ESPN commentator Derek Rae neglected to fawn over Despiegelaere, but she became a star under her own hard work and merit. Ok, a camera found her and she looked good, but that takes work, probably.

Her skills were immediately put to work in promotional videos for the fashion brand, as well as photographs in which she rooted on her countrymen.

Not to mention, she also got a makeover.

Jonathan Biles is a staff writer for Awful Announcing.