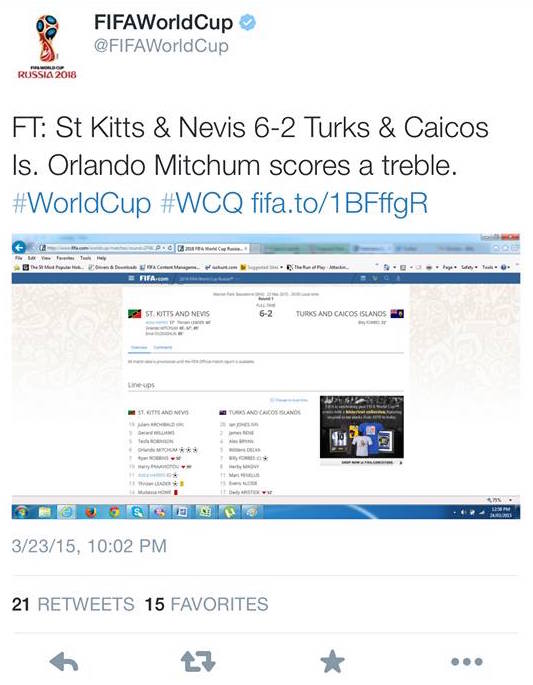 And before anyone points this out, I realize the irony that I am using a screenshot of FIFA’s tweet to make fun of FIFA. At least I cropped the unnecessary things out of the screenshot. You didn’t really need to know how much battery I had left at the time. FIFA could’ve done the same, take away about 80% of that screenshot, put that in their tweet and no one would’ve noticed.

FIFA deleted their tweets after about a half hour and tweeted the same score with the Russia World Cup logo. It does look a bit better than before.

I know out of all things FIFA has done, a social media goof like this is the least of their problems. For all our sakes, I wished this was the worst thing FIFA has done but I live in reality like everyone else. If you ask me, the most surprising part out of all this is that FIFA is still using Internet Explorer in the year 2015. Maybe that’s why FIFA is the way that it is.