It’s Manchester United’s turn to have their kits leaked as their away and third kits were leaked the other day according to Footy Headlines. The home kit hasn’t been leaked yet but I have a feeling it’s going to primarily be red. Anyway, this will mark the beginning of Adidas contract as the kit maker for Manchester United. I must say, these kits don’t look half bad.

Here’s the away kit which is all white with red and the traditional three stripes from Adidas on the shoulders. 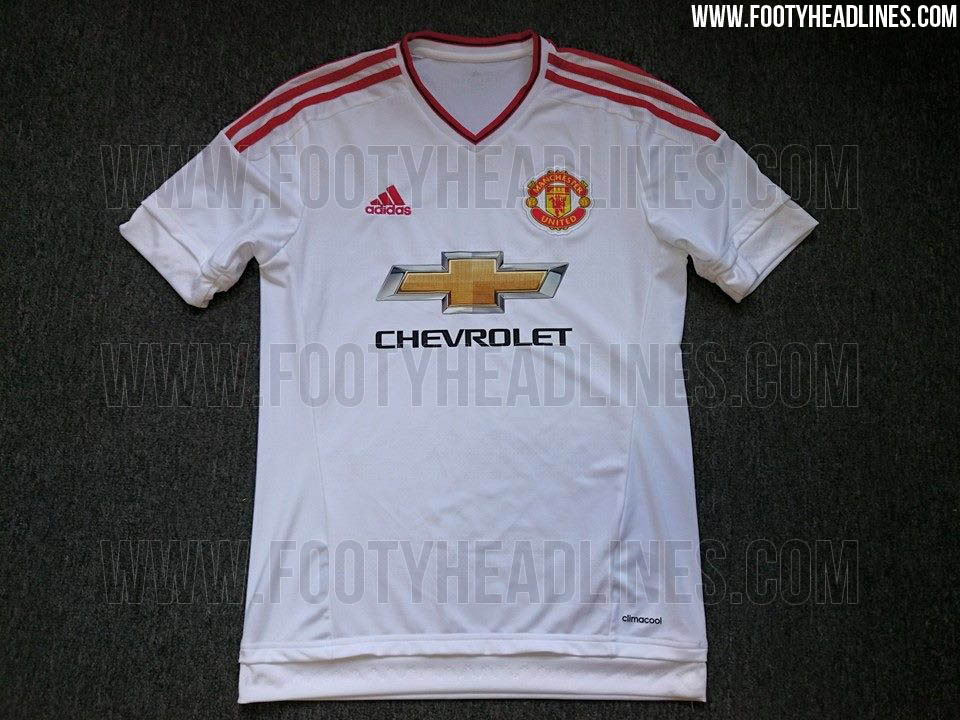 And here’s the third kit which is all black with red. 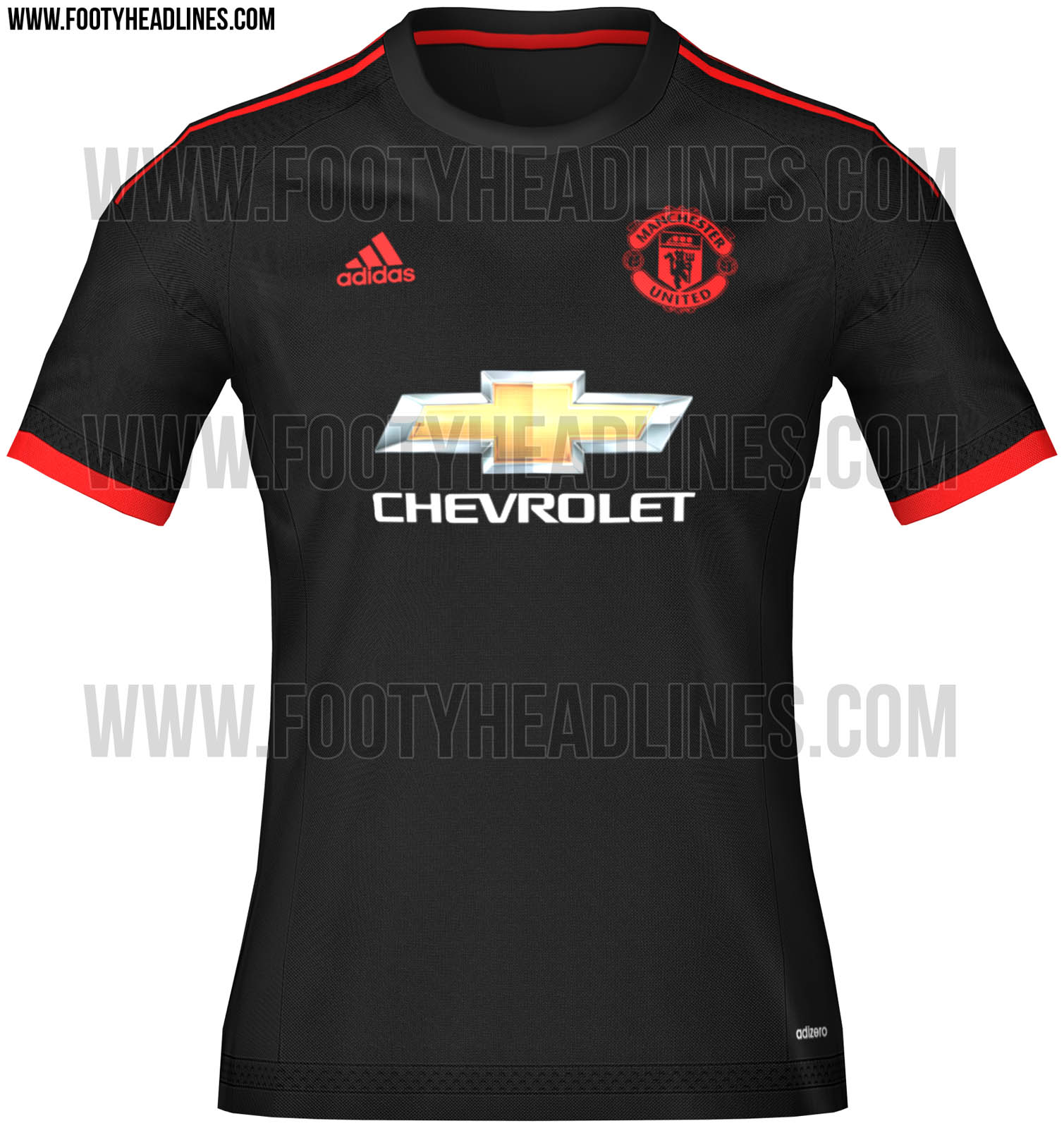 I have never liked the Chevrolet logo on the Man United kits because the solid gold logo is very distracting but Manchester United and Adidas are making the best of the situation. Both kits are simple and solid. There is no crazy pattern or wild color this season. It’s just solid white and solid black and they look sharp.

My favorite has to be the third kit. The black makes the red stand out so much better than the white. And it’s a very nice touch to change the color of the crest so it goes with the kit. It’s small but it makes all the difference. Some nice work here.