Manchester United has had so many great players over the years. From their talented squads of the 60’s and 70’s to their all -winning sides of the 90’s and 2000’s. For the upcoming Mancehster derby, we’re looking at a few of these players. As with the Barcelona and Real Madrid lists, we’re not including any current Manchester United players, so no Rooney’s or Van Persie’s (who probably wouldn’t have made this list anyway) or Paul Scholes if he decides to come out of retirement again by the time this is posted. In the spirit of honesty and openness, I am a Liverpool fan, but with these players even I have to sit back and acknowledge the talent, spirit, and success of these players. Players like:

The only reason this player is so low is because he simply did get the chance to win as many trophies as he would have. Duncan Edwards was one of the stars of what is known as “the Bubsy Babes” and tragically lost his life in the Munich Air Disaster at just 21. He was capable of playing any position, though often played left back, and was described as “the most complete player in Britain – possibly the world” by manager, Matt Bubsy. Won the league twice before the tragic end to what could have been a glittering career.

Credited as being one of the more influential captains that Man U has ever had, even being given the nickname Captain Marvel, Bryan Robson came from that era when midfielders were expected to be involved in all aspects of play. Attack, defend, create, control. He certainly did all of this. First United player ever to win the FA Cup three times.

Man, if United fans could go back in time and get any one player in their prime, it would probably be Roy Keane. He is exactly what they need right now in their midfield. A true box-to-box midfielder who could inspire those around him, Keane was a fireball. He ran that midfield like few others and went into tackles like he had a personal vendetta against that player. Probably the scariest player on this list, especially with the beard he was rocking. 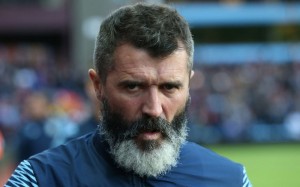