What started a few months ago with 68 teams is now down to 4. No, not the NCAA Basketball Tournament–the National Premier Soccer League. The NPSL National Semifinals are this Saturday, August 1st. Let’s take a quick look at the long season thus far and preview the upcoming games.

The format is a little complex. There are eleven conferences. Between one and four teams advance from each conference to the playoffs, which is ultimately comprised of 20 teams. There’s been a forfeit and some reseedings, but now we’re down to the final four and everything makes sense. 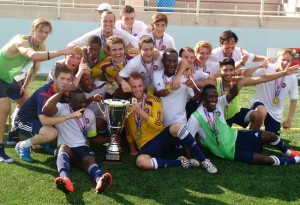 Chattanooga continues their storybook run in the wake of #NoogaStrong tragedy. But they also have a potential storybook finish on the field as well; they need to avenge their loss in the 2014 NPSL finals… and the 2012 NPSL finals… and the 2010 NPSL finals. Chattanooga is rapidly becoming an NPSL dynasty. The club just won its second straight NPSL South Region Championship as well as its fourth straight Southeast Conference Championship. Now if they could win the NPSL title, then they could lay claim to something special.

The Indiana Fire have momentum and underdog status after winning four consecutive games. First, they had to squeak into the playoffs, qualifying as the fourth place club in the Midwest. Second, they had to win their first two games on the road as the lower seed. Now, they travel again as the lower seed. In their previous playoff game, they were outshot by their opponents 33-10 in total, but scored on 4 of their 5 shots on target. Indiana must do better if they hope to win against this tough opponent.

Also, in case you weren’t aware, the Indiana Fire are the youth club of the Chicago Fire. 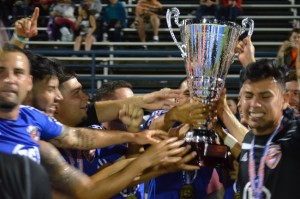 The dream Aguiluchos run continues into the NPSL national semifinals. This Oakland based club is riding high after winning its first West Region title in its first postseason appearance. This club originally formed in 2012 as a tribute to C.D. Aguila primarily for players of Salvadoran descent, but has evolved quickly into a legitimate NPSL force. But they have a mighty task ahead of them this weekend.

To be honest, there isn’t much known about Aguiluchos. Their website does not seem to be active,

Cosmos B are managed by DC United legend Alecko Eskandarian. This club quite literally did not exist just six months ago, but Eskandarian has the club firing this season. Cosmos B has been nothing short of dominating in the NPSL. Their only points dropped came from a 3-3 draw on May 16, and since they have won games by lofty scores: 5, 6, 7, and 9 to nothing each. 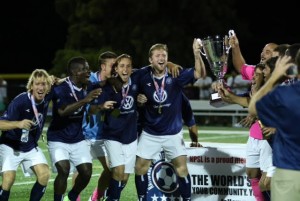 What to watch for?