What started a few months ago with 68 teams is now down to 2. As we previewed here earlier this week, the NPSL Semifinals took place yesterday. After two great games, we have our NPSL finalists. One of the most important moments of last night though was when Chattanooga FC fans officially raised and donated $12,200 for victims’ families of the horrific shootings that occurred there on July 16. On to the soccer. 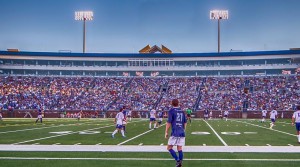 Led by Chris Ochieng’s pair of goals, Chattanooga exploded in the 2nd half to dispose of Indiana. The first half was defensive, but not without chances for both teams. But once the home team finally broke through, there was no holding them back. Also, Chattanooga set an attendance record with a crowd of 9,236, breaking the previous record of 8,878 set in last season’s NPSL semifinals. 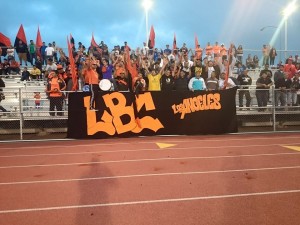 Cosmos B came out firing on the upstart Aguiluchos club and there was little the playoff newcomers could do. It didn’t help matters that Aguiluchos played a man down after a 58th minute red card. Overall, this game turned  out to be a mismatch. Aguiluchos played hard, but Cosmos talent–especially Miguel Herlein–was just too much.

But Aguiluchos should view this semifinal appearance as hugely encouraging. They are a young club with organic, grass roots support. They will do well going forward.

We will update this page as soon as the NPSL announces a time, venue, and possible web stream.