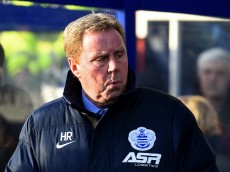 Harry Redknapp resigned as manager of QPR today due to his impending knee operation. The 19th place QPR team is fighting a relegation battle and Redknapp has been the subject of constant rumors of being sacked by club chairman Tony Fernandes. While Redknapp hasn’t had the biggest success at QPR, he did lead the team […]