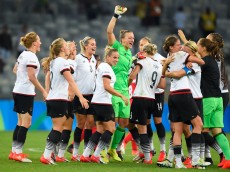 Germany has never won a gold medal in Olympic soccer, though the East German men won in 1976. In 2016, both the men and women’s teams have a chance to do something no country has ever done, win double gold. Simply getting to this stage is unprecedented for either side, as Germany hasn’t done better […]