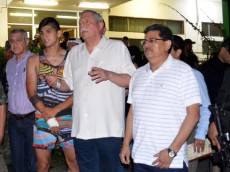 In what was a major incident in the world of soccer over the weekend, 25-year-old Olympiakos and Mexican player, Alan Pulido, was kidnapped in his home state of Tamaulipas, taken by armed captors. He and his girlfriend were held at gunpoint after leaving a party at 11:30 p.m. on Saturday, and Pulido was forcibly seized, while […]