The Gunners are in fourth place at the moment, but the Reds can swap places with them by earning a win.

Man in the middle: Robert Madley will be the man in charge of Saturday’s festivities. Liverpool are winless in a pair of matches refereed by him this season — a 4-3 loss to Bournemouth and a 1-1 draw with Tottenham.

Arsenal’s 2-1 win in the FA Cup against Preston North End came with the 31-year-old Wakefield native in charge.

Team news: Liverpool will likely have to do without Jordan Henderson, who’s nursing an ailing foot. Central defender Dejan Lovren should be back in the lineup, however.

Mesut Ozil is dealing with an illness, and may not be at 100 percent for the Gunners. Mohamed Elneny will also miss out because of an injury, but Aaron Ramsey and Laurent Koscielny should both be available.

Table watch: Arsenal have a one-point lead, and a game in hand, over Liverpool for fourth in the table. 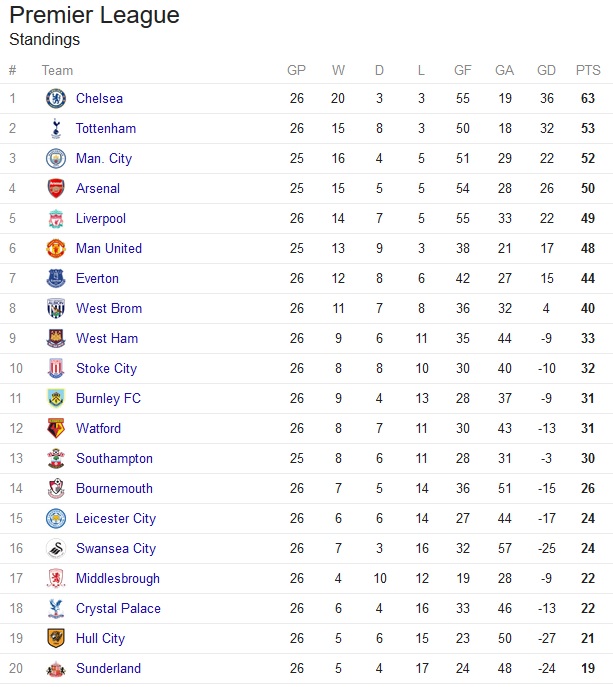 Last time: Liverpool built a 4-1 lead at The Emirates and held on for a 4-3 match in a rousing season opener back in August.

They said it, part one: “I can’t say too much about Arsenal. The start (of the season) was like it is in an ideal world, a free-flowing start. We are now in the middle of the season, and we thought it makes sense to try to deliver again on Saturday. I am 100 percent optimistic again when I think about the Arsenal game on Saturday.” — Liverpool manager Jurgen Klopp

They said it, part two: “It is even more important because we have not done well recently in these kind of games. For us, this kind of game like Liverpool is of course an opportunity that we want to take. We have to go and take it and not wait for the result. The result comes with an attacking attitude and that for me is the most important. That we go to just start on a positive attitude. For the rest of the season, of course it will have vital consequences.” — Arsenal manager Arsene Wenger

Analysis: Neither side has been lighting the world on fire of late. Liverpool has just one win in its last 12 games across all competitions, including a humbling loss to Leicester City last weekend. Arsenal hasn’t been much better, as noted by the 5-1 thrashing it got at the hands of Bayern Munich in the Champions League last month. Knocking off Sutton United in the FA Cup was a bright spot, however.

Given both sides’ difficulties keeping clean sheets, it’s fair to expect some scoring. With the games dwindling away, and Manchester United in hot pursuit in the table, both Klopp and Wenger will be going for all three points.

Prediction: The Leicester City loss has to be a wake up call for the Reds. A renewed focus, and a passionate Anfield crowd, should be enough to nip a win. Liverpool 2, Arsenal 1.