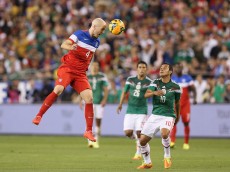 The US Men’s National Team plays against the Mexican National Team at the Alamodome in San Antonio, Texas later tonight. The playing conditions for this game have been…less than ideal. The atmosphere inside the Alamodome won’t be an issue. It will be rocking with 65,000 fans representing both teams. The concern will be about the […]