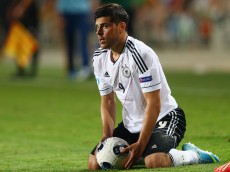 Eight seconds, that’s how long it took for Kevin Volland and Hoffenheim to score against the German giants Bayern Munich in the Bundesliga today. It is the fastest goal scored in Bundesliga history. Or so it would seem. The referee officially scored the goal at nine seconds which would only tie the record. Check it […]