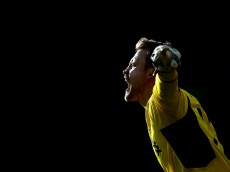 Liverpool is in the UEFA Europa League playing French team Bordeaux in their first game in the group stage. Within 13 minutes, Liverpool defender Kolo Toure went down injured holding his hamstring. To add insult to injury, it also appeared that his teammate, goalkeeper Simon Mignolet, stepped on Toure’s ankle as he was on the […]