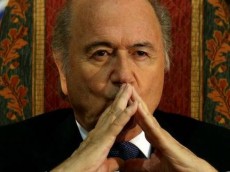 FIFA President Sepp Blatter has come out in support of a TV replay challenge system today at Manchester’s Soccerex. The system would be similar to the NFL’s challenge system and could be trialed as early as 2015 at the FIFA Under-20 World Cup in New Zealand. Blatter, who also unsurprisingly announced he would be running […]