The title says it all. A move that has been dragging on all summer, that all parties wanted to get done as soon as possible, has finally been completed. Angel di Maria will be a PSG player this season after completing his move from Manchester United for a rumored £44m.

There is not much to say about this transfer. It is the move that di Maria wanted when he initially left Real Madrid last summer. 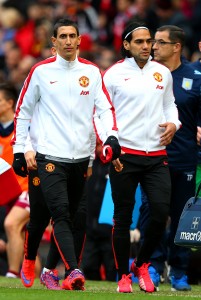 Angel di Maria didn’t really set the Premier League alight last season, especially after his home was burgled in February. The move was expected to be confirmed over the weekend, but was postponed pending the results of his physical. The announcement was again postponed as the player arrived in Qatar too tired to undergo his physical.

After a disappointing season at Manchester United, it was expected that di Maria would be moved on. Manchester United had made moves to replace him quickly. Memphis Depay specifically is rumored to want to take his #7 jersey now that it is available.

Many United fans will be glad to see the back of di Maria, as the player was less than professional about trying to push through his move to Paris. Many consider his bridges burned with the Manchester club, manager Louis van Gaal included.

That said, PSG are getting a quality player in di Maria, should they be able to get him back to his Real Madrid form. di Maria often looked incredibly demotivated last season as he failed to impress. Possibly moving to his first choice club last season will give him enough of a revitalization to get back to the form that had him labeled as one of the best players in the world.

At the end of the day, this move suits all parties.