Over the years, Stoke City had a reputation for being a team who was considered boring and consistently “parked the bus” to play counterattacking soccer. This style of play was introduced by Tony Pulis, who used that to get Stoke from the Championship to the Premier League in 2008 and make them into a Premier League mainstay to this day.

Now, Mark Hughes, in his third season as manager, has slowly moved Stoke away from that pragmatic style into what is being referred to “Sexy sexy Stoke” and “Stokelona” because of the players he has brought in and a more direct, entertaining style of play. Considering where Stoke is in the standings, is that really the best strategy or should the consider going back to being boring? 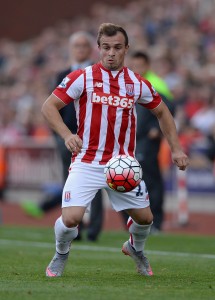 First of all, there’s no doubt this team has changed. In the Pulis days, Peter Crouch was the focal point of the attack. It made sense because the gameplan consisted of “parking the bus” and cross the ball into the tall Crouch to head the ball into the goal. This season, because the team is keeping the ball on the ground more often and are less reliant on crosses and set pieces, Crouch just now made his first Premier League appearance of the season this past Saturday after six games.

Instead of Crouch, Hughes has brought in players like Joselu, Glen Johnson, Ibrahim Afellay and Xherdan Shaqiri to stock up the team and push toward a European competition spot. The result, while still very early in the season, has been dismal. After six games, Stoke is with the Newcastle upon Tyne teams in the relegation zone in 18th place with three points. They averaged more goals when they played more defensively than when they’re trying to attack.

Stoke has now shed their boring image and have tried to be entertaining. Playing well during a “rainy night in Stoke” is no longer the litmus test for players new to the Premier League. If Mark Hughes and Stoke really want to keep up with their new style of play, it’s going to take time. Stoke has a better chance of risking relegation now but they should survive. Having said that, Stoke could possibly be a better team if they went back to their ultra defensive ways. Stoke was boring before that but at least it was a tested strategy that worked. It wasn’t a strategy that got Stoke to the top of the Premier League table but at least they were solidly safe from relegation.