The Montreal Impact (currently the worst team in the MLS standings) has a chance to do something no other MLS team has done, they are in the sold out Estadio Azteca to take on the Mexican powerhouse Club America for a chance to win the CONCACAF Champions League. The first leg is tonight at 9:00 et on FOX Sports 2. Not only will the Impact have a chance to be the first MLS team to win the CONCACAF Champions League in the current format, they have a chance to give Canada the distinction of winning this continental club tournament before the United States, which not many saw coming.

Montreal, and MLS, has taken this tournament with the utmost importance that this hasn’t been a fluke. Montreal spent their preseason training in Mexico to get used to the altitude and hostile environment that is a consequence to playing “south of the border.” Montreal was rewarded with defeating Pachuca in the Quarterfinal 3-3 and advancing by scoring two away goals in Mexico. They did the same by defeating Costa Rican team Alajuelense 4-4 by scoring two goals in Costa Rica. MLS has accommodated Montreal by moving regular season games and giving them rest before and after Champions League games so the Impact can be at their maximum best. Montreal has been given every resource possible to put up the toughest challenge.

Tonight, they face Club America, 100,000 rabid Mexican fans and the Estadio Azteca. Each is intimidating in its own way. This is going to be Montreal’s toughest test and some MLS fans feel very uneasy about whether to root for Montreal or not.

You probably already know this, but MLS operates a bit differently than other leagues. MLS is backing Montreal all the way, even going as far as changing their Twitter avatar to a pic of the Montreal Impact logo. You would not see The FA do this if Chelsea was in the UEFA Champions League Final. 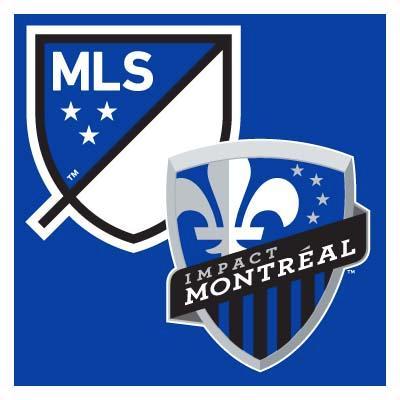 Even Price is Right host and minority owner of the Seattle Sounders Drew Carey voiced his opinion on what fans should do tonight.

I think this depends on what situation you fall in. I don’t think you’re going to be able to convince too many Toronto FC fans to root for a rival but I see where Carey is coming from. MLS has a very family attitude among most fans. It’s the kind of mentality that family members have with each other. Family members can make fun of each other and give each other a hard time, but if someone outside of the family does that, the family sticks together. We may be fans of various teams but when it comes to facing a team like Club America, the majority of MLS fans come together for the “greater good.”

Not everybody who is rooting for the Montreal Impact tonight and next week is a Montreal fan. From a League standpoint, many fans know that a win by the Impact will put them in the FIFA Club World Cup and potentially increase the prestige of the League and all 20 teams in MLS. This can do nothing but help MLS as a whole.

For me, being a fan of MLS since ’96 and seeing the League grow as it has, you can bet I’m rooting for the Montreal Impact. I admit, it feels a little weird that a Canadian soccer team could win the CONCACAF Champions League before an American team and is doing it by playing in a (mostly) American soccer league, but a win from Montreal is a win for my team and a win for MLS. Hopefully a win by the Impact can cause more MLS teams to take the Champions League more seriously and put up a challenge so MLS can go after being the best league in CONCACAF instead of being dominated by Liga MX teams every year. It’s certainly a long shot for Montreal to win the trophy but almost all of us (including me) had Montreal easily losing to Pachuca in the Quarterfinals so they have proven us all wrong before, they may be able to do it again. Tonight will be the biggest test. Minimize the damage and get an away goal, maybe Montreal can do the impossible in the second leg.

Also, I want to see the worst team in MLS become the best team in CONCACAF. If that happens, what will that say about the other 19 MLS teams?