It’s a cup week in England, and the English Football League Cup is entering the last 16 on Tuesday and Wednesday. The last 16 of the EFL Cup usually means plenty of big Premier League matchups and this week is no exception. The Manchester Derby will be the big draw on Wednesday, but this round of the cup also features a few lower league sides still hoping for that fairytale run to a Wembley final. Here’s what you should be watching this week:

This draw got a lot of people excited because in 2012, these two teams came together for one of the most incredible games in the competition’s history. Arsenal beat Reading 7-5 after going behind 4-0 in the first half. A Theo Walcott hat-trick saved the Gunners and booked their place in the last 8 of the then Capital One Cup. Fast forward four years and the Premier League club and Championship club meet once again at the same stage.

Arsenal comes off a 6-0 win in the Champions League, followed by a drab 0-0 against Middlesborough this weekend. Reading got the better of Rotherham United with a 1-0 this weekend. While the London side should be clear favorites in this game, Reading have shown before they can put up goals against Arsenal. If there is a match this week that could see a lower division side get the better of their Premier League counterpart, this could be it. Arsenal will surely have their gaze fixed on the top of the Premier League table and could lose focus. Reading, meanwhile, will be hungry to make amends for their disastrous blown lead the last time these two teams played. This could be a fun one.

One of the many Premier League matchups in this round of fixtures, this one is a battle of third vs fifth in the league table. Liverpool has been one of the leagues most entertaining teams this year, and share the lead for most goals scored with Manchester City. It’s been a very different season for Spurs, however. The North London club has only 13 goals this year, but their defensive record has them up near the top of the table. It will be the best attack against the best defense at Anfield.

Tottenham will still be without striker Harry Kane, which has been a major reason for their dip in goalscoring. If Liverpool can find a way to break through Tottenham’s stout defense, it could be a good day for the Reds.

One for the hipsters, as two Championship sides go at it. Leeds and Norwich are both having decent, but not great seasons in England’s second division. Norwich is in fourth and in line for a promotion playoff spot. The once mighty Leeds are down in tenth, but the margin between these two sides is only seven points.

Despite the two teams long history, this will be the first time these two teams have meet in the League Cup. Recently, Norwich has had the better results against Leeds, winning 2-0. The Canaries have also scored the second most goals in so far this competition.

This weekends win over Sunderland was the first time all year that West Ham have won consecutive matches across all competitions. That win came with a last minute goal against a shockingly bad opponent, so things have hardly been going well for the Hammers so far. They’ll get a chance at a third straight win on Wednesday when they take on London rival Chelsea. Chelsea is riding high following a convincing performance against Manchester United on Sunday.

The last time these two teams met in the League Cup was in 2005, with Chelsea coming out a 1-0 winner. Despite that, over the last two seasons, West Ham and Chelsea have had a fairly even record against each other. Both teams winning, losing and drawing in their last three meetings. This won’t be an easy game for either team, but for West Ham, a third win in a row could be the thing to get their season on track in front of their home crowd. A crowd that will be very well watched, mind you. 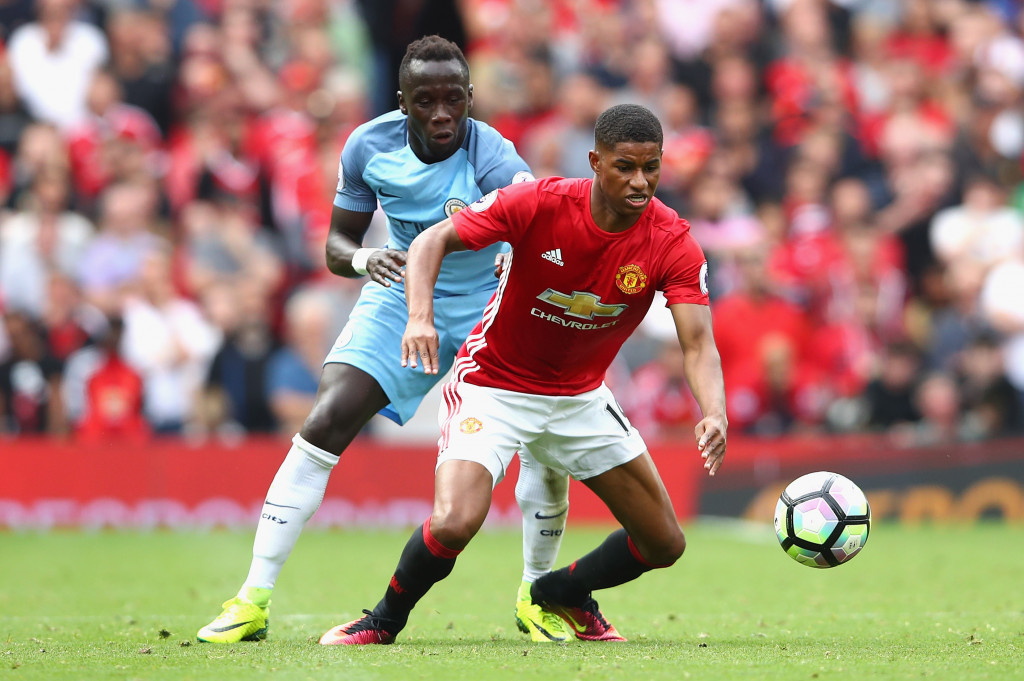 Naturally, this will be the match everyone will be waiting for, and it will be the last kickoff of this round of League Cup matches. We could dedicate a whole article to this game, and we will go more in depth on this match a bit later, but all you really need to know is that both Pep Guardiola and Jose Mourinho will badly want to get back to winning ways. Manchester United’s problems have been well documented. Their match against Chelsea this weekend was a disaster. However, they actually have a more wins in October than their crosstown rivals. Guardiola and City haven’t secured three points in any match since September 25th. That’s a whole month.

With two struggling teams drawn against each other in the Cup, a win could be all it takes to turn a season around. On the other hand, a loss could send one team deeper into a tailspin. Guardiola and Mourinho will once again go at it, and sometimes that alone is worth watching.