We’ve all heard a coach say, “we’re just one player away.” It’s a reference to making just one change at one spot to help a team reach the next level. After winning the FA Cup and making it to the Champions League places, Arsenal found itself wanting to upgrade the goalkeeper position.

In came Chelsea legend Petr Cech and out went Wojciech Szczesny, off on a season-long loan to Italian side AS Roma. Arsenal splashed £11 million on Cech, who appeared in 20 or more matches for Chelsea in the first 10 years of his 11-year tenure at the West London club.

Last season saw him give way to Thibaut Courtois, as Cech played in just seven Barclay’s Premier League contests. It was the lowest number of appearances in his career, and given Courtois’ performances, Cech was an expendable piece of the puzzle for the blues.

It also was seemingly a massive upgrade, as the oft-scape goated Szczesny was out of the way and Arsenal could make a serious run to the Premier League title. With Arsenal in the midst of an EPL title drought that is in its 12th season, getting a premier goalkeeping name could’ve been that one piece to the puzzle.

Cech looked up to it as Arsenal won the FA Community Shield last weekend, but as the games started counting for real he folded in the worst possible way. West Ham took it to the Gunners in a shock 2-0 victory at the Emirates Stadium, and Cech was wholly at fault on both goals.

Cheikhou Kouyate put the Hammers in front with a header after Cech went out to try and attack the incoming ball, only to whiff badly and allow Kouyate a virtually empty net to hit with the header. 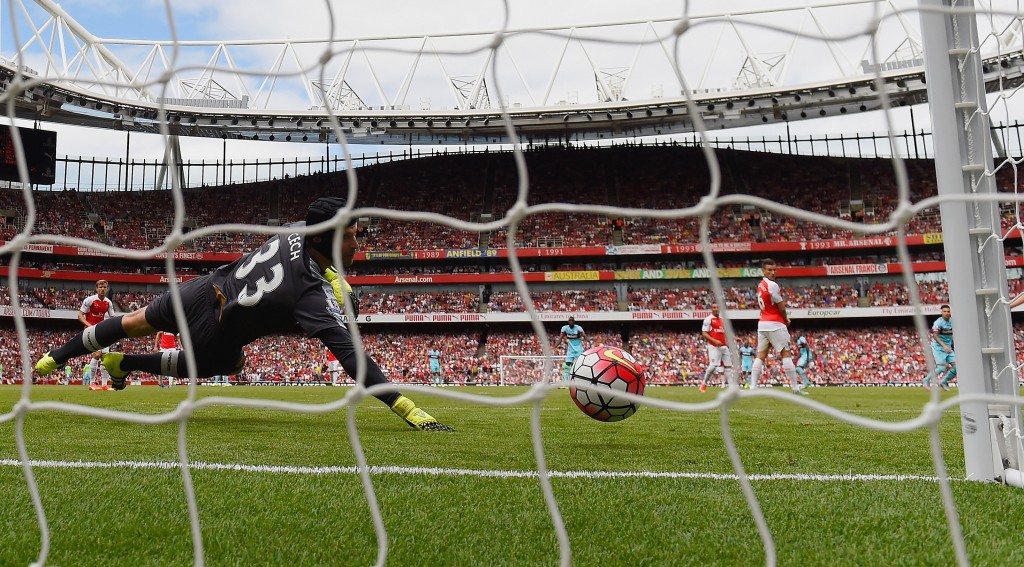 The second goal was no better, as Mauro Zarate took a long-range chance that should’ve been harmless. Instead, Cech guessed on the shot and was caught wrong-footed and out of position to make the save to his right.

While it is a team game and defenders were also responsible for some positional issues, Cech should have had both shots easily stopped. Instead, the veteran keeper looked out of sorts and out of the normal self we’ve come to know over the past decade-plus in between the pipes.

The ultimate question is if this was just rust from a lack of playing time or Cech having finally reached beyond the pinnacle of his career.

If it is the latter, then Arsenal’s £11 million signing could cost them more than Szczesny ever did before him. Then again, it may just be that the line in front of Cech or Szczesny is the real problem and needs to be addressed before anything else happens.

With the 2-0 loss, Arsenal sit on the bottom of the EPL table. It’s a position most aren’t used to seeing from the Gunners, and unless Cech is consistently better than he was on Sunday it could be a long way back to the top of the table.

Perhaps manager Arsene Wenger now realizes it wasn’t the goalkeeper that was the issue, it was the lads in front of him that needed the upgrading. One game isn’t a trend, but it certainly has some wondering if that £11 million couldn’t have been spent on shoring up the back line and keeping a familiar face back in net.