Let’s start with Chelsea who are finally starting to get their feet wet in the market.

ESPNFC is reporting that Chelsea have signed New York Red Bulls defender Matt Miazga in a deal reportedly worth around $5 million. 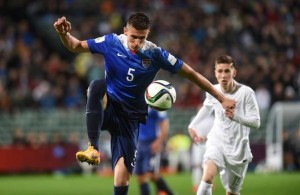 When this deal was announced Wednesday you would have expected fans of the USMNT who want their players playing in Europe to be cheering. Instead many people reacted with confusion over Miazga’s choice of clubs, saying Chelsea isn’t exactly the best place to go for a young player. I’m confused over this, Chelsea are no longer managed by youth-hating Jose Mourinho and the truth is, they need defenders. Miazga will be with Chelsea’s first team, which right now only has John Terry, Gary Cahill, and Kurt Zuma as options in central defense. He won’t be getting loaned out this season so he will get chances to play, this is a good move for Miazga, Chelsea, and the USMNT.

According to The Mirror Chelsea are ready to pay big money for Leicester City forward Jamie Vardy. They also will offer Loic Remy in exchange for the forward.

Obviously Chelsea can pay big money for Vardy but other then a big payday why would this move benefit Vardy? He has every reason to stay at Leicester this season including a much better chance at winning a League title with the foxes this year then with Chelsea. Not to mention Roy Hodgeson has already warned Vardy that if he wants to play for England at this summer’s Euro’s the best move for him would be to stay at Leicester. There’s enough money in the Premier League now that Leicester will not be forced into selling as they would have in previous years. If Chelsea are willing to pay Vardy now, they’ll still be willing to pay him next summer.

The turmoil continues at Chelsea as The Sun claim England vice-captain Gary Cahill is looking to leave Stamford Bridge since he has fallen out of favor with new manager Guus Hiddink. Cahill believes his lack of playing time could impact his selection for England at Euro 2016 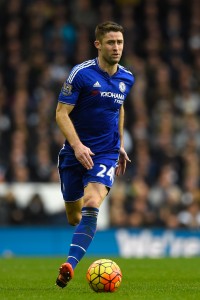 Chelsea sign Miazga from the Red Bulls and all of a sudden Cahill wants to leave? Something isn’t making sense here. Cahill may feel that he’s falling down the pecking order but that doesn’t mean he’s surplus to Chelsea’s requirements. Even with Miazga that would give Chelsea just four senior first team defenders. If they lost Cahill that would leave just 35 year old Terry, 21 year old Zuma, and 20 year old Miazga. That would make Chelsea’s defensive problems worse, not better. Cahill isn’t going anywhere, in fact, that’s exactly what The Independant is reporting.

The Sun is reporting that Leicester City could make a shock £5 million deadline day move for Southamtpon striker Graziano Pelle.

This is one that certainly raised my eyebrows a bit. Southampton have just signed Charlie Austin and he’s hit the ground running, making Pelle a little bit expendable. Leicester City have been looking for another striker to add to their depth and take some of the burden off of Jamie Vardy so if Pelle is available that certainly makes sense. I thought Shinji Okazaki was going to come on strong for the second half of the season, but still, three strikers competing for two places is never a bad thing. Let’s keep our eyes on this one.

Arsenal are set to snatch Everton target Andriy Yarmolenko from Dynamo Kiev. The Daily Star is reporting a £23 million fee has been agreed upon between the two clubs for the Ukrainian midfielder.

This one is a real head scratcher. We always say Arsenal need depth but were usually talking about on defense and in the middle of the park. Yarmolenko is an attacking player, something Arsenal has more then a surplus of. Between Alexis Sanchez, Mesut Ozil, Theo Walcott, Olivier Giroud, Danny Welbeck, and Aaron Ramsey, where exactly is Yarmolenko going to fit in? Not to mention that Sanchez’s injury allowed the emergence of Joel Campbell to really put in a claim to be given more first team opportunities. Certainly a strange move but also something we see big clubs do all the time.

Lastly a couple reports from The Telegraph as they’ve reported that West Ham teenager Reece Oxford has agreed to join Charlton Athletic on loan until the end of the season. They’ve also reported that Robert Lewandowski has his heart set on joining Real Madrid, but is willing to stay at the Allianz Arena an extra year if Los Blancos don’t have their transfer ban lifted.

You may remember Reece Oxford as the West Ham midfielder who was very impressive in the Hammers opening day victory at the Emirates. It really looked like he was ready to make an impact at just 16 years old. But then West Ham got active in the transfer market and with more players in, Oxford’s chances were few and far between. He’s still very young so a loan is good for him, and I still have high hopes that he’ll be an impact player in the Premier League for years to come. 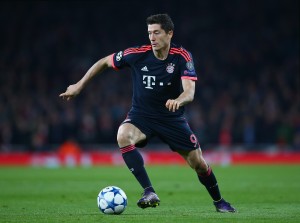 As for Lewandowski, there’s not much to say. I don’t understand how one can sour on Bayern Munich so quickly, especially without winning a Champions League title there. The story is mainly how he’ll spurn a move to Chelsea, or Manchester United, or Manchester City. Does that mean he’s definitely leaving Bayern Munich? Absolutely not, but when Real Madrid want a player, they’ll make sure they can get him. Besides, by 2017 they’ll be long ready to move on from Karim Benzema and will be in the market for a new striker.