(Throughout the week, we will go through every group and let you know what to look for and what to expect in the U-20 World Cup.)

Group C of the U-20 World Cup is headlined by one of the tournament favorites and one of the tournament’s favorite dark horses in Portugal and Colombia respectively. But don’t sleep on this group—Qatar could make it interesting. The tiny Arab nation places a lot of importance in this tournament as they hope to raise their international tournament profile as the controversial 2022 World Cup approaches. If Qatar retains the rights to host in 2022, then most of the players you see on their team here will be there. Rounding out the group is Senegal, making their first appearance at the U-20 World Cup. Senegal are likely happy just to be here, but after their surprise showing in the African championship, don’t be surprised to see the young Lions of Teranga make a match of it.

Andre Silva in action for FC Porto on May 8, 2015 in Manchester, England. (Photo by Paul Thomas/Getty Images)

Look for André Silva to bang in a lot of goals for Portugal in the group stage. He may be struggling to score for Porto B, but he scored and scored often for Portugal’s U-19 squad. In parallel fate to the Portugal squad, at the UEFA U-19 Championships, he was the Golden Boot runner-up to German Davie Selke. If André Silva scores, then Portugal will win this tournament.

Colombia doesn’t have any single megastar, with defender Juan Quintero, midfielder Jarlan Barrera, and forward Steven Lucumi all serving as stars (not to mention a half-dozen others). Qatar brings two budding stars, striker Ahmed Al Saadi and midfielder Ahmed Doozandeh. Both played extremely well in the Asian championships. Al Saadi was the tournament top-scorer with five goals, and Doozandeh bossed the midfield to a well-earned Most Valuable Player award. Three Senegalese players were named to the African U-20 Championship Team of the Tournament: Mouhameth Sané, Sidy Sarr, and Ibrahima Wadji. Senegal will need epic performances from these three to salvage any points from this group. 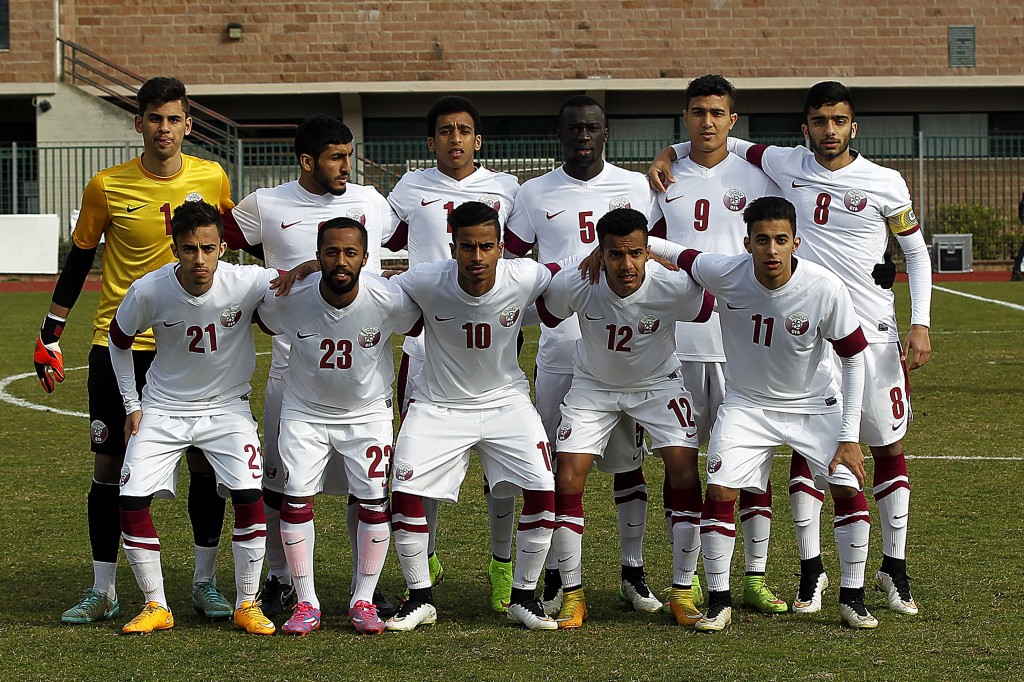 Qatar U20 before the international friendly on February 25, 2015 (Photo by Gabriele Maltinti/Getty Images)

Like we’re learning with the 2022 World Cup process, this is a football association with a lot of money, a strong desire to win, and dodgy ethical practices. Qatar could be the surprise team of this tournament after winning the 2014 AFC U-19 Championship last year. They also bring one of the least domestic squads to the U-20 World Cup, with just eleven members playing their club football at home (with only Mali and the USA bringing fewer). The European presence is strong here, with a Spanish coach in Felix Sanchez and five players coming from one specific Qatar-owned club, K.A.S. Eupen, in the Belgian Second Division.

The opening game of this group may very well determine which team advances. Colombia, on paper, should absolutely trounce Qatar. But then again, the Qatari squad are the champions of Asia with a strong coach and a team that has played together a lot. Don’t be surprised if Qatar wins, thus throwing this group into chaos.

Teams to Automatically Move On: Portugal and Colombia

Portugal is the favorite in this group, and definitely one of the favorites to win the entire tournament. Since 1989, Portugal’s U-20 World Cups are stories of rags or riches, winning twice (1989, 1991), finishing in the top three two other times (1995, 2011), and finishing eleventh or worse every other qualifying year. The only question mark is the hole left by the departure of many stars from the most recent UEFA U-19 Championship, most notably strikers Ricardo Horta and Hélder Costa, but the cupboard is far from bare. This year, Portugal promises to do well and should win the group with little problem.

Colombia brings a strong side from top to bottom and is a country potentially entering a golden generation era. This South American nation could actually be the dark horse to win this tournament, just like they tend to be in the World Cup. If you need more proof, Colombia won the 2013 South American U-20 Championship, and finished second in the 2015 contest just a few months back.