In Bayern Munich’s 116-year history, the club managed to win the European and domestic treble one time. It was during the 2012-2013 campaign, Jupp Heynckes’ final season and the season before Pep Guardiola would arrive in Munich. From Guardiola’s perspective, this couldn’t have been ideal. How do you follow up perfection? Like following Led Zeppelin, Guardiola watched as Bayern dominated Germany and Europe, then had to step in and live up to everyone’s already sky high expectations.

Now at the end of his three-year stint in Munich, Guardiola hasn’t achieved what Heynckes had. Getting knocked out of the semi-finals by Spanish opposition for the third consecutive year has left a bad taste in many mouths, leaving some to declare Guardiola’s time with Bayern a failure.  While the club is indeed disappointed that they won’t be able to lift the Champions League trophy in Milan with Guardiola as their manager, to label him as a failure with the club is too narrowminded. If Guardiola’s sole responsibility in Munich was to win the Champions League then he was a failure, the problem with that thinking, however, is it neglects all the other aspects of a manager’s job. Not to mention how thin the margins in a sport like this truly are. If the ever dependable Thomas Müller makes his penalty then this conversation may very well be on hold until after the final.

Putting aside the fact that calling someone who has won 76 percent of the matches played during his time with a club is a bit silly, there are plenty of other reasons to suggest that Guardiola’s time in charge of Die Roten has been successful, and it all starts with the club’s new philosophy.

Most coaches and teams can only dream of failing the way Pep and Bayern have supposedly done over the last three years. #perspective #please

In 2009, Uli Hoeness and Karl-Heinz Rummenigge watched as Pep Guardiola’s Barcelona team humiliated Jürgen Klinsmann’s Bayern team 4-0 in the quarterfinals of the Champions League. Bayern’s front office knew that if they wanted to be among Europe’s elite they needed a change in philosophy. Or as Philipp Lahm once put it, they needed a philosophy because Bayern didn’t have one.

Over the next few years, managers like Louis Van Gaal and Heynckes began crafting a philosophy for the Bavarians. However, Van Gaal was too hot headed and Heynckes was never thought of as a long-term solution, even if his version of Bayern did enjoy the most success. Heynckes’s Bayern was one that would punch you in the mouth right from the start and then kick you a few times while you were trying to figure out what had happened. Barcelona found that out the hard way when they were demolished 7-0 on aggregate in 2013. Heynckes, despite his quick strike offense, still played with a lot of possession. It was a style left over from Van Gaal, and one that Heynckes added too. Guardiola was the one to come in and put the finishing touches on.

Guardiola, right from the start changed a lot. The team’s training sessions had less of a focus on physical training and more of a focus on playing with the ball. Rondos became the go to training tool. As a result, Bayern became much better at playing with the ball in tight spaces and regaining it when it was lost, the video above is one of the most famous examples of Bayern’s ability to completely boss the ball. The high line that this philosophy required in some ways helped Germany in 2014 when Jochim Löw made use of it. Players like Jerome Boateng, Manuel Neuer, and Lahm all knew what was required in such a system.

Over the past three years, Bayern became more versatile. Players like Lahm could be moved around the pitch in such fluid ways. David Alaba also made huge strides in his all-around game. He’s now one of Europe’s best players, and he’s only 23. 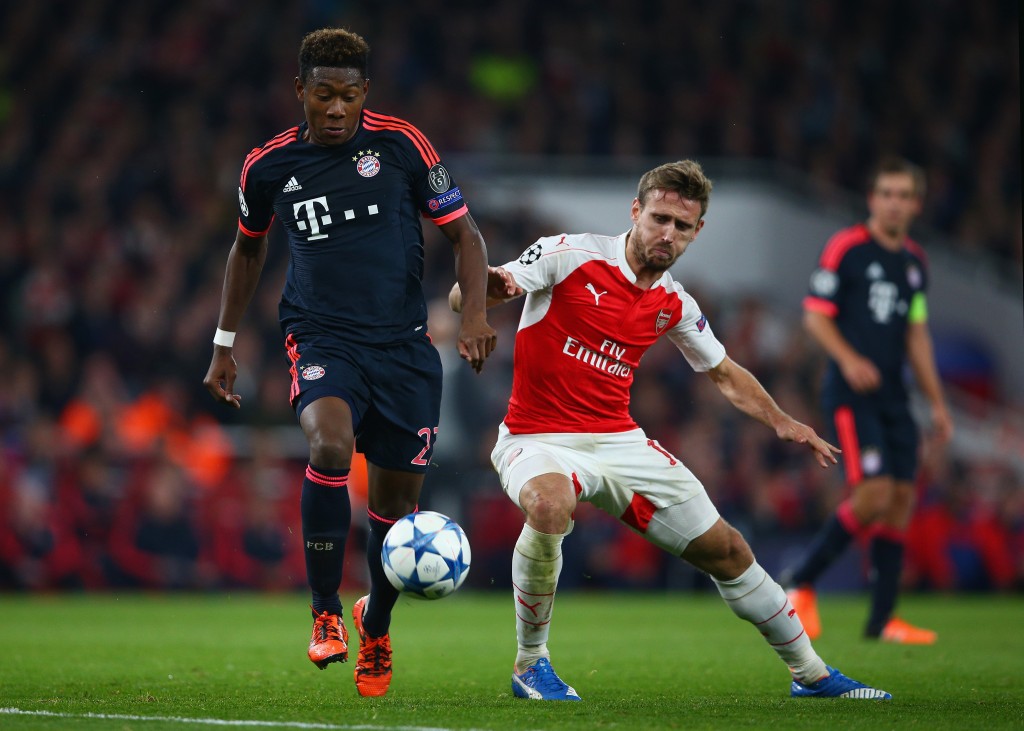 Guardiola made so many players at Bayern better, the aforementioned Alaba being one of them. Boateng as well went from being a very good defender to one of the elite center backs in the world. The infamous fall against Messi aside, Boateng has become defensively stable and one of the best long-ball playing defenders in the game today. Neuer as well is now thought of by many as the world’s best keeper. Pep has had a lot to do with their development.

Publicly, the Bayern players never have a bad word to say about Guardiola. The likes of Müller and Lahm making a point that failure to make it to Milan this year is more a fault in execution, rather than the tactics of the man on the touchline. Deigo Simeone even commented that in the first half during the second leg, Bayern was the best team he’s ever come up against in his career.

#Simeone: "In the first half, we were up against the best team I have faced in my career. The way Bayern played was incredible." #FCBAtleti

Obviously, managers are graded on results more than anything, and Guardiola has had some bad results in the Champions League. You could make excuses, like Antoine Griezmann, might have been offside in the build-up to his goal, or that Bayern was severely hampered by injuries against Barcelona last season, but managers have been fired for far less. But Guardiola’s time in Munich hasn’t been without success. He’s won the Bundesliga in his first two seasons, and is very likely about to win his third, and the club’s fourth consecutive, which has never happened before. He has a UEFA Super Cup medal a Club World Cup medal and a victory in the 2014 DFB Pokal, with a chance for another Pokal victory this month. The only trophy he’s failed to win at Bayern is the Champions Leauge (and the German Super Cup).

Many Bayern fans have expressed joy that Guardiola is leaving, and that’s a perfectly acceptable opinion. But in some ways Bayern are in the middle of a golden-age and Guardiola is a big part of that. Don’t forget that not that long ago this team was getting knocked out in the Europa League, not against European giants like Real Madrid or Barcelona, but by Zenit St. Petersburg. In the 1990’s Bayern finished 10th in the league. Now with one more win they can win a record-breaking fourth Bundesliga title, and a win over Dortmund in the cup final could see another domestic double added to their collection. Bayern is a better side following Guardiola’s three years, they may not have the European trophy they wanted so badly, but no one at Sabener Strasse would argue against the progress they’ve made. They’re a club now with a real on-field philosophy to go along with the clubs off the field ethos of “mia san mia”, something that Guardiola fully bought into. He’s also dramatically improved the performances of many under his tutelage as well as brought about an unprecedented level of success in Germany.

If Pep Guardiola is a failure in Germany, then we’d all be lucky to be such failures.