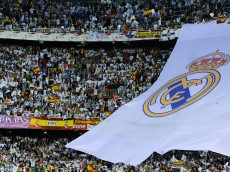 Real Madrid launched their home kit today featuring a clean cut, all white kit with silver Adidas stripes. The kit in itself isn’t all that innovative because there’s not much you can do with a traditional white kit but Real Madrid made up for that in how they launched the kit. If you click to […] 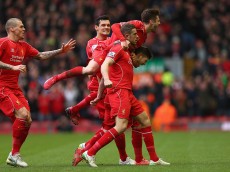 Looks like Liverpool have accidentally leaked their own 2015/16 third kit during the broadcast reveal of their 2015/16 home kit. If you look right over Emre Can’s shoulder in the above image, you’ll see a black and white Liverpool kit that looks suspiciously like the third kit that was leaked by @fulmerRawk back in October, […]