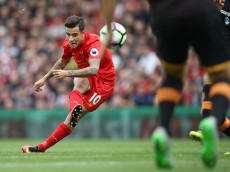 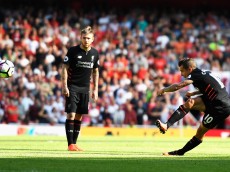 While it looked like Arsenal would be taking a 1-0 lead over Liverpool into half-time, Philippe Coutinho stepped up to take a free-kick from about 25 yards out. The resulting kick was so perfectly struck it left Arsenal and Petr Cech with little to do but watch the ball sail into the top corner. The attempt was […] 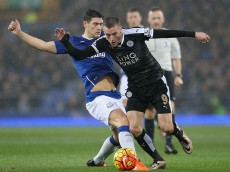 There has been no shortage of drama — both on the field and off — in the Premier League in 2015. From splashy manager hires to shocking manager firings, goals at the death and goals that send fans into rapture, there are far more than 10 such moments from the last calendar year. The headline […] 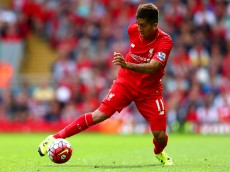 WOW! Just wow. Liverpool waltzed into Etihad Stadium and took absolutely no prisoners today. Even though Manchester City had 63% possession at the half, Liverpool just stomped all over City. Their first half was capitalized by this incredible team goal that started with an Emre Can backheel. Look at this. Once Can backheeled to Philippe […] 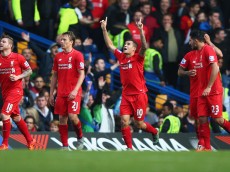 Philippe Coutinho, before this game, was criticized for not scoring enough for Liverpool as he came in as a £8.5 million signing. But, in Liverpool’s game against Chelsea, Coutinho has justified his high price tag with two sublime goals. After scoring his first late in the first half, Coutinho was not done as he searched […] 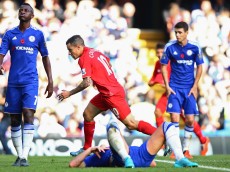 After Ramires scored an early goal for Chelsea, it happened to be his fellow countryman that drew Liverpool level in the dying moments of the first half. Controlling most of the possession in the half, Liverpool looked flat when it came to finishing in the final third of the pitch. However, Philippe Coutinho changed all of […]