Death, taxes and clubs overspending for players after a major tournament. It’s inevitable that following EURO 2016 the rumor mill would kick into high gear and many of the world’s biggest clubs would open up their checkbooks. Many players and their agents use the big summer tournaments as a job interview. In 2014, James Rodriguez caught Real Madrid’s eye and soon after the World Cup, he was on his way to the Spanish giant for a massive fee. Who is this year’s James? Let’s look at five names who earned themselves, and their current club quite a payday if they hit the market.

Currently plying his trade for Swansea, Ashley Williams was one of the standout defenders in France. Being named to best XIs all around the web, the Welsh defender has boosted his fee considerably. Being named as one of the better defenders in the tournament along with players like Boateng, Pepe and Chiellini is no small feat. Williams has drawn attention from other Premier League clubs, with Arsenal reported to be among them. If anyone is going to pry him away from the Welsh club, it’s going to cost them much more than it would have before the tournament.

David Sullivan: “Payet’s worth £100m, even at his age. But he’s not for sale. If a big club wants him, tough luck.” pic.twitter.com/XQ0ENUdLs5

If there was one player that stole the show at the start of the tournament, it was Dimitri Payet. Having pulled France out of the fire at times, Payet showed everyone why he’s one of the premier set-piece takers in the world. His wonder goal against Romania in the tournament’s opening match might have been the goal of the competition. At his club, he’s as popular as they come but West Ham United are not a huge club and it’s probable that bigger names might come calling for the Frenchman. That being said, West Ham have said he’s worth a staggering £100 million, and it’s unlikely that he’d be sold even if someone were to match that number. After the tournament he just had, you can’t blame them.

Julian Draxler recently moved from Schalke 04 to Wolfsburg, but he wasn’t exactly setting the Bundesliga on fire in his first season with the Wolves. Despite all this, he was shown plenty of trust from Joachim Löw and started for Germany somewhat regularly. His star performance against Slovakia gave the youngster a shot in the arm and increased confidence. Now there have been rumors he could be moved again, this time to England. While before the tournament his transfer value had taken a hit, he’s now bounced back since given a somewhat toothless German attack some life in each match he played. Wolfsburg might want to hang on to Draxler if they think he’s found his form, but if his performance in France was a flash in the pan, it might be better to sell high. 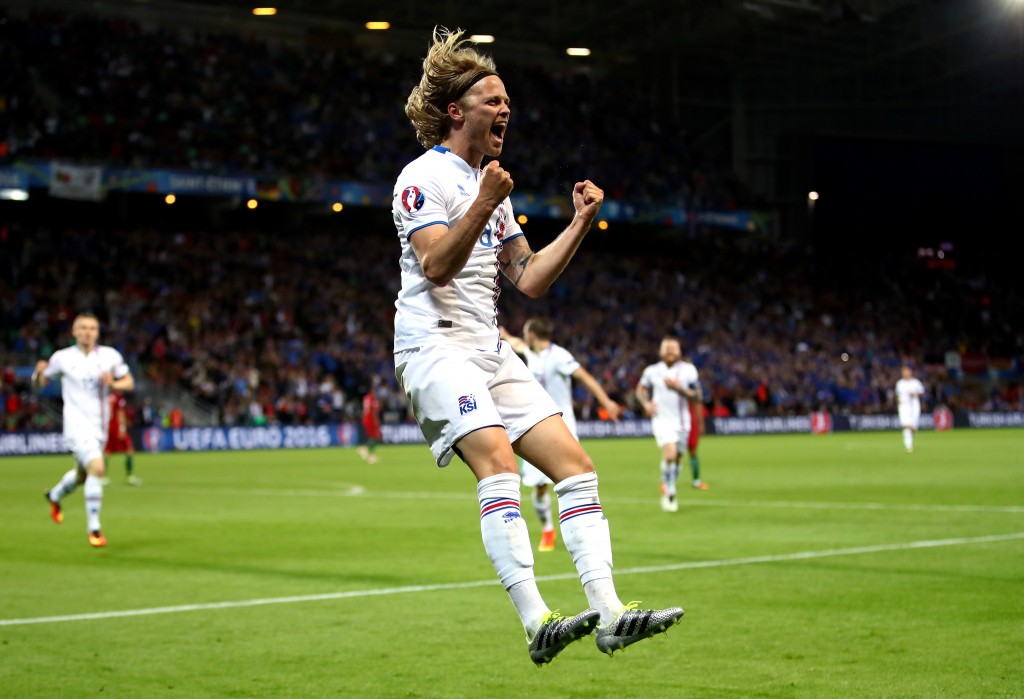 One of the driving forces in Iceland’s fairy tale run to the quarterfinals was midfield engine Birkir Bjarnason. He scored a late equalizer against Portugal and played an important part in setting up Iceland’s late winner against Austria. Bjarnason was not afraid to run and to run hard. His high work rate would fit in well in the physical game of countries like England or Germany. He’d do especially well in a high pressing style like Jürgen Klopp is trying to put together at Liverpool He currently plays for FC Basel in Switzerland, a club well known for supplying Europe’s big clubs with talent. Before the tournament, very few people knew who Bjarnason was but he’s now established himself in front of most of the world. He moved to Basel for just 2 million euros, and if another suitor were to come calling the Swiss side, you’d have to think they’d make a nice profit on the Icelander.

Somewhat lost in the mess that was Newcastle’s 2015-16 campaign, Moussa Sissoko was hoping to show off in France this summer. It’s likely that he’s not looking to follow Newcastle down to the Championship and put on a series of strong performances that seemed to announce to the Premier Leauge that he was capable and available. Sissoko formed a formidable partnership with Paul Pogba in the French midfield and even outshined the Juventus superstar at times. The typical names you might expect have been linked with Sissoko, but Newcastle seem keen on having him around to help get them back in the top flight. However, he did more than enough to bump up his price tag and Newcastle might be willing to cash in now rather than deal with someone who doesn’t want to be at St. James’ Park anymore.