After an exhilarating first week of Champions League play, the marquee matchup are upon us with such matches like: Bayern Munich vs Juventus, Barcelona vs Arsenal, Manchester City vs Dynamo Kiev and Atlético Madrid taking on PSV Eindhoven. 32 Flags will take a look at these premier duels as we try to dissect each team going into this week’s games.

After a sluggish start to their Champions league campaign, Arsenal managed to get back on track and make it into the round of 16, but were punished with drawing Barcelona — who looks unstoppable as of late. Not to mention, Arsenal have lost two consecutive two-legged Champions League knockout ties against the Catalan giants. The Gunners will have to make due without Spaniards Santi Carzola (knee) and Mikel Arteta (out with an unspecified injury) as well as Gabriel (hamstring) and Jack Wilshire (calf/shin). They do, however, get an offensive boost as they welcome back Danny Welbeck who came back from injury to score a vital winner against Leicester. Still, Arsenal faces a daunting task with a (mostly healthy) Barcelona, who is most certainly happy to see Arsenal in this stage of the tournament. Also, being unbeaten in 32 straight games does boost up their confidence a bit. 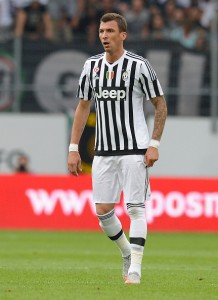 Speaking of sluggish starts, it has been amazing to see Juventus slowly make their way to the top of the Italian table since a dreadful start to the season. But, Massimiliano Allegri’s men have been on top of things since going on a 13-match winning streak overall, before it was snapped with a nil-all draw vs Bologna. However, if there is a team that can beat Juventus in Italy, it is Bayern Munich as they are the only team that has been able to do so in the past 10 years that they have visited La Vecchia Signora. Juventus is going into this game a bit banged up with Martín Cáceres (Achilles), Kwadwo Asamoah (thigh), Alex Sandro (thigh) and Giorgio Chiellini (calf) but have cleared Sami Khedira and Mario Mandžukić to play. Will they is a matter of whether or not Allegri decides to put them in.

Bayern will have to deal with some key injuries as well, and it will affect their central defense as with Jérôme Boateng (adductors) and Holger Badstuber (ankle) out will most likely mean that David Alaba and Joshua Kimmich are set to lineup at central defense for the Germans. It will be an interesting matchup between two great teams, and two extraordinary managers and it is one of the matches that many experts see that could go either way.

The question Manchester City fans are asking themselves: Will this be the year City finally makes it into the quarter-final round? They escaped facing bigger opposition, surely, but in the Champions League anything can happen. Especially as City goes into Kiev hampered by lots of injuries to their squad: De Bruyne (Knee), Delph (Ankle),  Jesús Navas (Hamstring), Mangala (Hamstring), Bony (Calf), and Nasri (Hamstring) are more than likely out of this week’s matchup. Manuel Pellegrini’s side will have to make due with Sergio Agüero leading their attack heading into Ukraine. Also, Manchester City’s defense might be in trouble with Sagna doubtful with a knee injury.

But, as mentioned before, don’t fall asleep on the Ukrainian squad. Dynamo Kiev has been playing excellent football as of late, winning 12 out of their last 15 matches — only losing two. And when Kiev wins, they win big, winning 10 of their last 12 victories by 2+ goals. Spearheaded by their forwards Andriy Yarmolenko and Łukasz Teodorczyk, look for Dynamo Kiev to give Manchester City some problems as they welcome the English club to Ukraine for only the second time in their history. 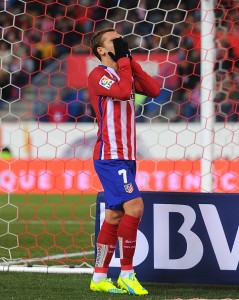 In a match many are overlooking, Atlético Madrid face PSV Eindhoven, in what is being looked at as a game between two teams on opposite ends of the spectrum. On one hand, you have PSV who are top of the table, holding off Ajax by one point. They have lost only one game out of their last 21 overall, and are looking pretty fit with little to no injuries to report for their squad — Guardado (hamstring) and Lestienne (calf) doubtful for PSV’s match. The only blemish would be that key forward Luuk de Jong is sitting out this match due to yellow card accumulation.

On the other hand, you have Atlético who have only won two out of their last seven games, drawing most of them and losing two in a row. Their faint title hopes are slipping away, as Barcelona continues to accumulate wins as Atléti falls behind. They have three confirmed injuries with their midfield taking the biggest hit with Carrasco (Ankle), Partey (Hamstring) and Tiago (Leg) out for this week’s game. It will be difficult for Cholo Simeone’s squad to achieve their third straight passage into the quarter-finals, but they will have to rely on their solid backline to help them towards that goal.