A few months ago the United States Soccer Federation and Nike unveiled new away kits for both the men’s and women’s national teams. Gone were the bomb-pop look, but still there was a sense of red, white and blue (especially blue) in those kits.

Now, ahead of the upcoming Women’s World Cup and the CONCACAF Gold Cup, the new home kits have been unveiled as well. According to Footyheadlines.com here is the new look: 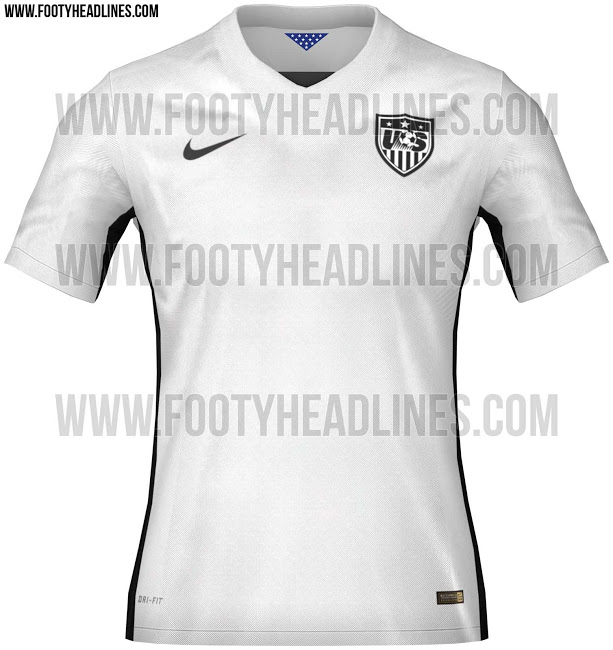 Yes, you’re seeing that right…black and white for the stars and stripes.

No red, no blue for the red, white and blue.

It appears Nike went for the minimalist look with this kit, but did add a nice touch with the 13 stars to represent the 13 original colonies that formed the United States of America.

This look will be used by the USWNT at the World Cup, and it’s likely that the debut for the USMNT will take place this upcoming week against El Tri…a.k.a. the cero in dos a cero.