Late Tuesday night in the United States we witnessed perhaps the most ironic moment in international soccer history. It was America’s biggest soccer power broker, turned most corrupt official that would ultimately bring down the cash cow he sucked from for so long.

It also served as a reminder that while most USMNT fans are in love with their team, those in the highest positions of power haven’t been immune from playing a very corrupt and illegal game at the international level. Call it playing along to get along, or what it really was — corruption.

Either way, Tuesday night’s reporting by both the New York Times and Wall Street Journal served to shine a light on just how widespread the corruption was within FIFA’s hierarchy.

Their reporting also served as a major wake up call to most within the United States that their federation and representatives are far from perfect.

Actually, it may have woken up a lot of fans newer to the game and the international game to a reality some already knew — that officials from the United States (acting on behalf of the regional confederation, CONCACAF) were just as capable of corruption as anyone within FIFA.

For a long time American’s have seen not only their interactions with FIFA, but other international sport organizations, as above reproach. The prevailing attitude and laughter at allegations, arrests and rumors of corruption happened as many saw them as a “foreign thing.”

Put another way — many felt that there was no way this could happen within anything the United States Soccer Federation was remotely involved in. However, reality hit on Tuesday for most in the general sporting public. Those who have been inside the sport and around it for awhile aren’t likely to be among those surprised by the name at the center of all of this — Chuck Blazer. 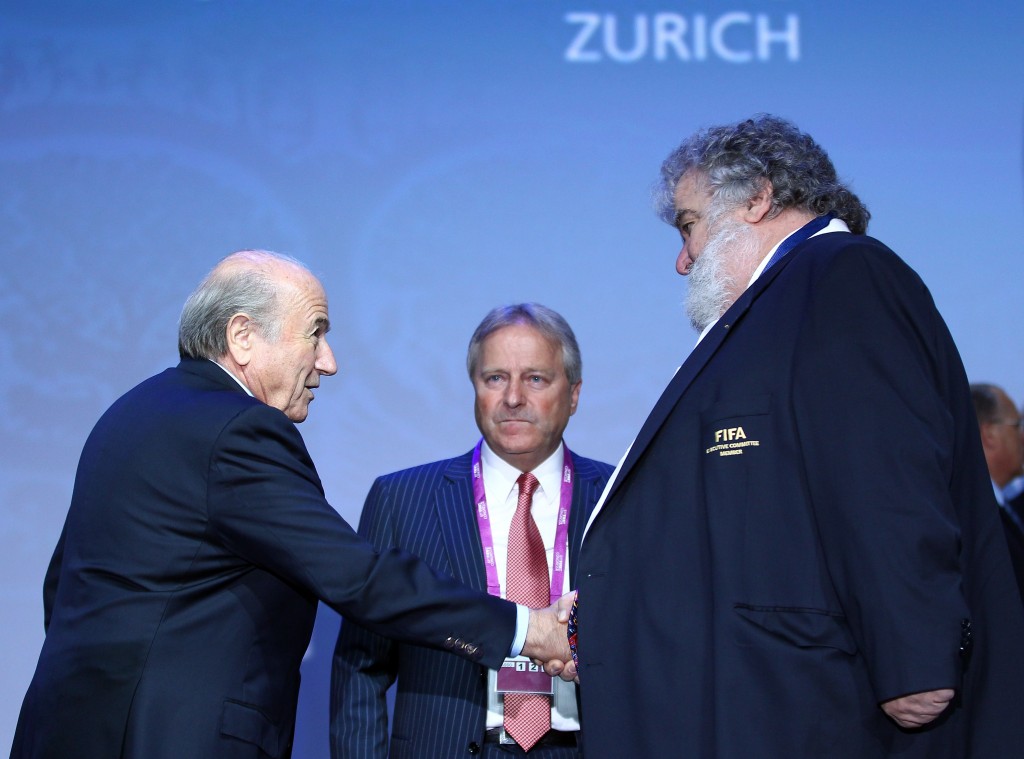 The Wall Street Journal reports that these indictments are coming thanks to the efforts of the US DOJ and FBI in turning Blazer on his counterparts on the FIFA executive committee and others around the international game.

Considering his role as the General Secretary of CONCACAF and his position next to the all-powerful Jack Warner (president of CONCACAF and power broker within the ExCo), getting him to turn is akin to getting the lieutenant of a drug cartel or street gang to inform.

Blazer’s cooperation has been known for nearly a year, as the New York Daily News detailed his involvement in setting up officials in a broad corruption and financial crimes investigation.

It all happened thanks to Blazer’s complete corruption on his own. Without a mounting set of potential charges including tax fraud, money laundering and plenty of others, Blazer doesn’t become a linchpin in this story at all.

Here’s how it all happened according to the New York Daily News article from last year:

Their leverage: More than a decade of unpaid taxes on his multimillion-dollar income. Using forensic accounting techniques, investigators working on a 2013 integrity report commissioned by CONCACAF had mapped out two decades of financial chicanery Blazer used to keep his income off the books.

What is most interesting about that article is that most of the interactions focus on trying to prove corruption in the bidding for the 2018 and 2022 World Cup’s, which went to Russia and Qatar respectively.

Blazer held court per usual at major international sporting events, and it appears those events could well be the root of the indictments now coming down. Timing surely suggests one had a lot to do with the other.

With that, it’s hard not to see the irony that the country most seen as “clean” from the outside, produces the most corrupt of officials and he is the one to unravel it all.