It’s that time of the year again. The Premier League season has ended and it’s time for end of the season awards to be handed out. As we all know, the prestigious 2016 Premier League Flaggie* awards are up for grabs, with a prize of £40,000 to each category winner**. You can view our 2015 awards here.

Player of the Season: Riyad Mahrez 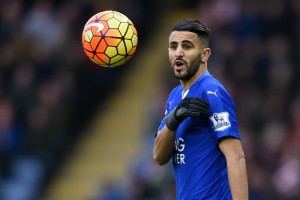 Riyad Mahrez has been a revelation this season in the Premier League. To think that last year, he managed a total of four goals and three assists, and this season he has seventeen goals and eleven assists. Last year, he looked like a Sunderland-level player. This year, he has Barcelona, Real Madrid, PSG, and Arsenal sniffing around him. It all shows how much of an incredible season he has had. Let this sink in, Mahrez is the 15/16 Eden Hazard. That comparison would have been laughable only 8 months ago. Incredible turnaround, to say the least.

Defender of the Season: Toby Alderweireld

Southampton fans must be livid with missing out on Alderweireld. After being so close, only to lose him to Tottenham, and then he goes and has the season that he did. Alderweireld combined with Vertonghen to form one of, if not the, best defense in the Premier League this season. Both defensively sound and able to play the ball out the back, Alderweireld has gone from strength to strength this season. At only 27, Spurs fans can expect several more years of this level as well, since he should be just entering his prime now.

Midfielder of the Season: Mesut Ozil

Forward of the Season: Jamie Vardy

He just beat out Harry Kane. It came down to not only goals, where Kane had 25 and Vardy had 24, but assists as well. Kane had a single assist in the Premier League, while Vardy had 6. In terms of overall contribution, Vardy was simply more influential. While Kane contributed more of his teams goals (36.2% of the teams goals) compared to Vardy (35.3%), when you add assists, Vardy (44.1%) crushes Kane (37.7%).

Manager of the Season: Claudio Ranieri 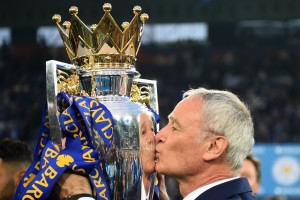 Was it ever going to be somebody else? Claudio Ranieri took a team that just scraped through to survival last season and won the Premier League with them. That isn’t just incredible, it’s a sporting miracle. We will probably never see the likes of it again, and that is down to Ranieri, in a big way. Yes, two of Leicester’s players have won Flaggies today, but Ranieri should get a lot of credit for getting the most out of them.

Goal of the Season: Dele Alli vs Crystal Palace

There were so many great goals this year in contention for this award. You had Christian Benteke’s bicycle kick against Manchester United, there was Matt Ritchie’s volley against Sunderland, Jamie Vardy’s long range cannon against Liverpool, to only name a few. Ultimately, though, it had to be Dele Alli’s wonderful volley against Crystal Palace. The touch, the control, the strike; everything had to be perfectly in sync or else that shot was blazing over the crossbar. Take a bow, son.

Deal of the Season: West Ham to Olympic Stadium

The deal of the season doesn’t necessarily have to be a transfer, and overlooking this deal would be criminal. Not only does West Ham get a brand new, much larger stadium, but they get it much, much cheaper than they should have. Much of the day-to-day costs will be paid for by the taxpayers of London, while a large chunk of the gameday revenue will still go to the club. Whoever negotiated this deal for West Ham needs a statue built of them, ASAP. 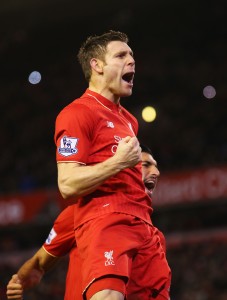 LIVERPOOL, ENGLAND – NOVEMBER 29: James Milner of Liverpool celebrates with Emre Can (R) as he scores their first goal from a penalty during the Barclays Premier League match between Liverpool and Swansea City at Anfield on November 29, 2015 in Liverpool, England. (Photo by Alex Livesey/Getty Images)

Because of the Boring James Milner persona that has been built up around him, along with the somewhat workmanlike style of play, many people tend to overlook James Milner. Many of you will be shocked to learn that he’s actually scored five and assisted eleven goals in the Premier League this season. Take into account, now, that he often plays several different positions in a single game, and you can see how he has been quietly exceptional this season. Not too bad for a free transfer that moved into an incredibly inconsistent team.

Game of the Season

This game was an incredibly thrilling match that shocked a lot of fans. Many expected Norwich to roll over as Liverpool came to town, but Norwich really held there own for the entire match. In fact, they took an incredible 3-1 lead shortly into the second half. At the time, Liverpool were still finding their legs under new manager, Jurgen Klopp, and many Reds assumed the match was done and dusted. Instead, Liverpool scored three goals in twenty minutes to pull ahead 3-4, only for Nowich to equalize again in the 92nd minute. There was one final twist in the game, however, as substitute Adam Lallana scored in the 95th minute to pull Liverpool ahead for the final time. An absolutely insane game that is not suited for fans with heart conditions.

* in no way, shape, or form associated officially with the Premier League

** Payable in the form of their choice of Monopoly money or turns hitting a piñata with Piers Morgan’s face taped on the front (or back, at their discretion)