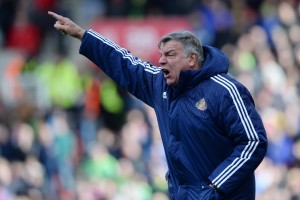 STOKE ON TRENT, ENGLAND – APRIL 30: Sam Allardyce, manager of Sunderland gestures during the Barclays Premier League match between Stoke City and Sunderland at the Britannia Stadium on April 30, 2016 in Stoke on Trent, England. (Photo by Gareth Copley/Getty Images)

Sam Allardyce has now officially taken over the England National job. In one of the more unnecessarily protracted sagas of this summer, the former Sunderland manager will lead the ‘Three Lions’ as they pick up the pieces from their failed Euro 2016 campaign. In truth, it has been the former West Ham manager’s dream job since he was passed over for it in 2006 when Steve McClaren took the job. Now that Hodgson is out, what can we expect of this new era for England?

The most important thing that Allardyce will instill in the English team is an identity. A man with a strong personality and no shortage of ego, “Big Sam” will drill a gameplan into the players, which is something that they have lacked for some time. We have written previously about England’s need for a definitive ‘style,’ much like the other major soccer nations in the world. This is significant, because Allardyce is not afraid of ruffling feathers, and he’s going to make sure he does what he feels is necessary to win. That means that we can expect him to pick the players that fit the style of play he desires, regardless of what club managers, the FA or the media want. These are all criticisms that previous managers have faced, but Allardyce will be unlikely to kowtow to the whims of others, as he has shown in the past. This will be an England manager who will develop the identity that he needs for his team to win. 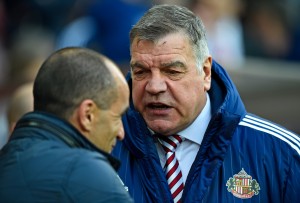 SUNDERLAND, ENGLAND – MAY 11: Sam Allardyce, manager of Sunderland and Roberto Martinez, manager of Everton in conversation during the Barclays Premier League match between Sunderland and Everton at the Stadium of Light on May 11, 2016 in Sunderland, England. (Photo by Stu Forster/Getty Images)

So what is this identity that be? For an accurate idea of that, the best two examples to look at would be the teams he built at Bolton Wanderers and West Ham United. Both teams were defensively solid and dangerous on counters and set pieces. Expect there to be a lot of tactical preparation, which has always been considered one of Allardyce’s strong points as a manager. The team will attack often down the wings, with the occasional ‘hoof ball,’ but with the players at his disposal, it wouldn’t shock me if Allardyce utilized inverted wingers as well. Allardyce isn’t married to one formation or another, having played a classic 4-4-2, as well as the more modern 4-2-3-1. Regardless of formation, expect the team to be well drilled and committed. “Big Sam” will not stand for the lethargy that pervaded the Hodgson era.

Ultimately, it seems like Allardyce could be a great move for England. He is a manager that is pretty tactically sound that has a good idea of the soccer that he prefers his teams to play. He is strong willed enough to withstand the pressure that comes with the job from all angles, and he will undoubtedly be an improvement over the previous manager. There are certain downsides to his appointment, such as his style not being the most fun to watch sometimes, but it seems to be the right fit for what England need right now, which is a direction. Previously, the national team has flittered back and forth without a plan. In Allardyce, they will at least have a cohesive idea. While Sam may not be a long term pick, as he is in his sixties and was debating retiring prior to taking the Sunderland job, he will begin to shape this England setup into something cohesive. It will be up to the next manager to take the sculpture that Allardyce has started and complete it. Building that platform could be “Big Sam’s” biggest legacy.