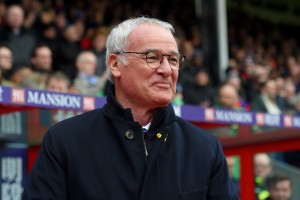 Manager: Claudio Ranieri
Status: God-status
Why: If Leicester even thinks about sacking Ranieri then I have lost faith modern soccer. What he has done with that club is nothing short of a miracle.

Manager: Mauricio Pochettino
Status: Keep
Why:  Pochettino has Tottenham playing really well, and they will only get better as some of their young players continue developing. The only reason Pochettino should not be at Tottenham in the near future is if he chooses to leave. UPDATE: Pochettino has signed an extension.

Manager: Arsene Wenger
Status: On Thin Ice
Why: This subject could be discussed at a much greater depth, but this season could be the one that ends Wenger’s time at Arsenal. The team has seemingly stagnated. Wenger needs to show that his Arsenal can continue to grow, especially now that funds are clearly available, or else face the sack.

Manager: Louis van Gaal
Status: Sack
Why: We have discussed what should be considered a successful season for Louis van Gaal and Manchester United, but this team is clearly not progressing under his management. They also have the perfect replacement begging to get the job in Jose Mourinho. Now is probably the best time for van Gaal to leave, especially if his side wins the FA Cup. That would allow him to leave with his head held high.

Manager: Slaven Bilic
Status: Keep
Why: Slaven Bilic has lead West Ham to an incredible season. It will be exciting to see what he can do with the squad at their new, tax payer-funded stadium next season. 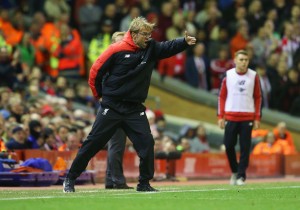 Manager: Jurgen Klopp
Status: Keep
Why: Liverpool have been inconsistent all season, but their average performance has been on an upward trajectory since Klopp has taken over. In the summer, the big German will have the opportunity to build the squad in his image and give the players a full preseason. If the players continue to improve as they have this season, Klopp’s Liverpool may be scary good next season.

Manager: Ronald Koeman
Status: Keep, for now
Why: Ronaldo Koeman has done wonders for Southampton, specifically last season when they yet again sold all of their best players. They haven’t been as good this season, but he has shown enough as a manager to warrant another season guaranteed. That being said, while he shouldn’t get the sack, another season like this and we will have to wonder if his Southampton side have peaked.

Manager: Guus Hiddink
Status: Temporary Manager, replaced by Antonio Conte in the Summer
Why: Guus Hiddink has done pretty well to turn it around for Chelsea. He is very happy to only be working until the end of the season, however, and is enjoying his semi-retirement. It will be interesting next season when Conte takes over. If the Chelsea players were upset with Mourinho’s style of management, they need to get ready for Conte.

Manager: Mark Hughes
Status: On thin ice
Why: I really like what Mark Hughes has done with this Stoke side. If you had asked me a few weeks ago what status Mark Hughes would be under, I would have ‘Keep’ immediately. Unfortunately, they have been woeful the last few weeks. This could be down to not having anything to play for at the end of the season, but it is down to the manager to keep the players’ heads up. If Stoke have a slow start to next season, Hughes could very well find himself getting the sack. 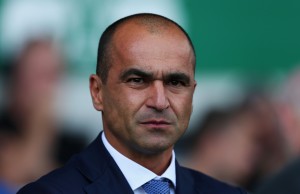 during the Barclays Premier League match between Everton and Watford at Goodison Park on August 8, 2015 in Liverpool, England.

Manager: Roberto Martinez
Status: Sack, if he hasn’t already been by posting
Why: Everton have had some great times under Roberto Martinez, but those times are well past. When you have opposition fans cheering the name of your manager, as they did when Everton played Liverpool, you have a problem. It is time to sack Martinez. There are several good options for Everton at this time. Marco Biesla is still available and was linked with Swansea earlier in the season. He could do frightening things with this team. Gary Monk, who was unfairly sacked at Swansea, is also available. They could also look to bring back David Moyes.

Manager: Quique Flores
Status: Keep, but on thin ice (somehow)
Why: Quique Flores has done a great job at Watford, considering they were just promoted this season. Should he get the sack, it will only be the result of owners acting like spoiled brats. Their loss would surely be another team’s gain.

Manager: Tony Pulis
Status: On thin ice
Why: Tony Pulis is the type of manager who can solidify a team, but really only take them so far. Look at the teams he has managed in the past. Stoke and Crystal Palace both were better after he left. There are many facets as to why, such as Pulis solidifying the defense to allow a more attacking manager to use it as a springboard, but his teams rarely have the attacking nous to do anything. With so many quality managers available, and some becoming available in the summer, maybe it would be worth it to move on. This should only be the case if West Brom can improve their situation, however. There’s no need to sack Pulis yet.

Manager: Eddie Howe
Status: Keep
Why: Eddie Howe is a promising young manager and Bournemouth love him. He won’t be going anywhere, unless a bigger team comes in an offers him a massive wage or if the England job comes available. Bournemouth is the best place for his career at this time, though.

Manager: Francesco Guidolin
Status: Temporary Manager (for now)
Why: Guidolin is, as of right now, only a temporary manager. He has until the summer to show he has the right stuff to get Swansea back to midtable safety and the form that made many fall in love with the Welsh club. His run hasn’t been promising, though. Should they choose to move on from Guidolin, which is likely, Brendan Rodgers would be very open to returning. With more experience, and maybe a bit wiser, Rodgers returning to a club he loves, and that loves him back, could be the best for both teams. 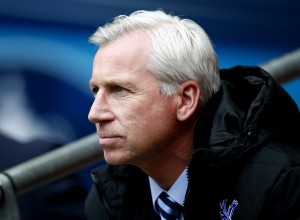 Manager: Alan Pardew
Status: Sack
Why: Crystal Palace were solidly midtable throughout the season, until 2016. Since the turn of the new year, they have been absolutely abysmal. Simply put, it’s not good enough. Pardew most likely will be safe since he is a former player, but he is very deserving of the sack. Should they make the decision, Quique Flores may be available and Manuel Pellegrini will definitely be available. Pellegrini has settled well in England and would probably love the job.

Manager: Sam Allardyce
Status: Keep
Why: Sam Allardyce probably will leave Sunderland should they relegate. He doesn’t do the Championship. Regardless, they will want to hold on the Big Sam. He’s an experienced manager who will improve that team, without a doubt. It’s just a matter of convincing his ego to stay.

Manager: Alex Neil
Status: On thin ice, if they survive
Why: If Norwich survives the drop, Alex Neil may have earned himself another season at Norwich. Promoting to the Premier League and surviving is never an easy feat, though this season Bournemouth and Watford are making it appear so. If they are relegated, they should probably not sack him, as any continuity is good at this stage. If they do stay up and Norwich have a slow start to 2016/17, it may be time to look elsewhere to improve. 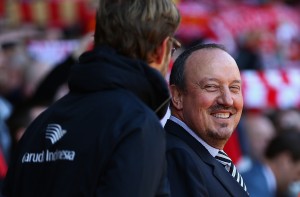 during the Barclays Premier League match between Liverpool and Newcastle United at Anfield on April 23, 2016 in Liverpool, United Kingdom.

Manager: Rafa Benitez
Status: Keep
Why: Benitez will probably stay at Newcastle should they stay in the Premier League next season. If they are relegated, they should beg on hands and knees to have him stay. Newcastle’s form since he arrived has been great, compared to what it was before, and there is a feeling that Rafa could really build something on Tyneside.

Manager: Eric Black
Status: Temporary Manager
Why: Eric Black was never going to keep the job to begin with. I’m going to pay as much though to this decision as Aston Villa’s players have the whole season. Bring in Nigel Pearson. He knows the Championship and might get them promoted.