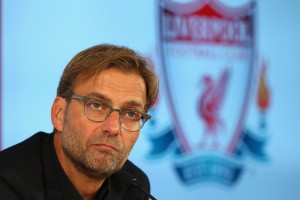 LIVERPOOL, ENGLAND – OCTOBER 09: Jurgen Klopp is unveiled as the new manager of Liverpool FC during a press conference at Anfield on October 9, 2015 in Liverpool, England. (Photo by Alex Livesey/Getty Images)

After Liverpool’s defeat to Bournemouth this weekend, many have taken to making the-sky-is-falling type assessments about Jurgen Klopp’s team. The defense is complete crap (partially true), Simon Mignolet should start over Karius because he’s complete crap (false), or that they got complacent (true). The criticisms have targeted everyone from individual players, as shown above, to sections of the team to Jurgen Klopp himself.

The one such criticism that I have seen several places is that Jurgen Klopp waited too long to make a substitution, and even then he didn’t make enough. This has been a disconcerting thread for many Liverpool fans since the big German took over. Often, he was unwilling to make sweeping changes during the game and would often wait until until later to make substitutions. It’s even rarer for him to use all three substitutions. Unfortunately, this has been attributed by some to a general lack of decisiveness by Klopp. On the contrary, decisiveness is something that Klopp has in spades. 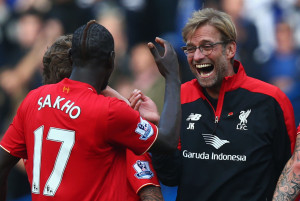 Klopp, as a manager, is someone who has never shirked away from making hard decisions. A prime example would be the controversy that occurred over the summer into the early season with Mamadou Sakho. After the player was cleared of performance enhancing drug charges by UEFA, he was welcomed back into the team. After acting in a manner that was determined to be disrespectful (such as being late for the plane to America and being late for team training sessions, etc), Klopp sent the Frenchman back to Liverpool to train on his own. Klopp would later tell him to leave the club on loan, and when Sakho refused to do so, exiled the defender to the U-23 team, where he awaits being sold in January.

There were other things involved with this, such as a late night SnapChat rant, but this is the meat of that saga. It should not be underestimated how much decisiveness that took for Klopp to essentially throw Sakho out. Sakho was, and is for some, an extremely popular player. Many of the players seem to get on with the Frenchman and he was adored by the fans. Klopp took a big risk taking on a player who would have won the PR battle against any other Liverpool manager in recent memory besides Kenny Dalglish and Rafa Benitez. Before moving on, we also have to remember that this is only one example of this in Klopp’s long career as a manager. 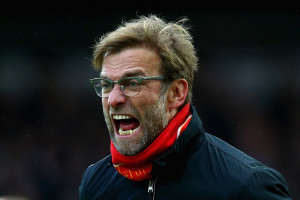 So, if a lack of decisiveness isn’t the issue for Klopp, what is? One of Klopp’s greatest strengths as a manager is his faith and belief in his players. It is one of the reasons he is able to get the best out of them. His belief inspires the players, the coaches and the fans to believe in the team. It’s an incredible trait to have, infectious belief, but it’s also the reason why you don’t see substitutions as often. He believes at his core that the team he put out there can do the job he is asking of them. He sees them in practice everyday. He works with many of them after hours. Hell, they vacation together. This is a manager that has invested his spirit and life into his team and believes in them fully.

At times, this belief is something that will affect his judgement on the field. Clearly during the Bournemouth game, there was something that needed to change. Most of the team looked exhausted, Sadio Mane especially, and a few players were non-existent at points. When Bouremouth manager Eddie Howe made their changes, it completely changed the game, and Liverpool couldn’t cope. That’s when Klopp needed to change the game. Even bringing on the young Ben Woodburn or Ovie Ejaria, players that would be unknown to the opposition and playing without the expectations afforded by youth, would have been a positive change. Klopp ultimately decided to stick to his guns and trust his players that were already out there.

At the end of this all, it is certainly Klopp’s biggest weakness. His belief in his players can lead to him having too much faith and not making changes that are needed. Yes, it sounds very much like someone in a job interview claiming their weakness is that they work too hard, but it’s true. He has time to work on these issues, though. He is still technically a young manager (49 years old, and that’s young if the media insists on calling the 55 year old Alan Pardew a young British manager)  and has a fan-base that adores him. Ultimately, though, this “weakness” is what makes Klopp so admirable. Yes, it may, on occasion, lead to games like the Bournemouth game, where you are crying out for changes, but it also leads to games like this, or this, or moments like this. For better or worse, that belief is what makes Klopp the manager he is.