With the 3-0 loss to Liverpool yesterday, Manchester City sit on tied on points, though with a game in hand, with city rivals Manchester United. They may have won the Capital One Cup, but Manchester City now find themselves in a scrap for 4th, not just the title. We have to ask, does this loss take Manchester City out of the the title race? 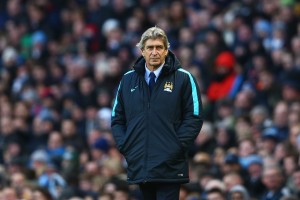 The other positive is that they have a fairly kind schedule the rest of the season. The next two league games they have are against relegation-fated Aston Villa and relegation-battling Norwich City. This is a great chance for Manchester City to snatch two wins on the bounce and get some of their mojo back. After that, they just have to worry about Champions League breaking up their rest periods, as they will now have at lest six days between each game. The level of competition they will be taking on is also important to analyze. The only team in the title race they play against is Arsenal, who are currently injury ridden but have beaten Manchester City the last four times they’ve played. They also play Manchester United, Chelsea, and Stoke, who will all be in the hunt for European spots. Aside for that, they play Bournemouth, West Brom, Southampton, and Swansea. These teams are, for the most part, out of the relegation battle but far away from European qualification. If Manchester City can get a solid run of games, they should be able to roll over these teams.

Okay, so we’ve looked at the positives. I’m very sorry, but it’s time to burst your bubble, City fans. First, let’s look at the positives above. There are too many if’s, too many chances for a title challenge that is hanging by a thread. Manchester City can win the Premier League if they build up a good run of games; if they can get results in the next two games; if they can take advantage of their game in hand. If any of those don’t happen, their challenge is over.

Even if all of those if’s fall into place, Manchester City still sits ten points behind Leicester at the top of the table. With ten games left and a Leicester side that only lost three times this season, that deficit is going to be extremely difficult to overcome. Don’t get me wrong, it’s certainly possible, but very, very unlikely. Even if Leicester collapses, they would still need to count on Tottenham, and Arsenal to a lesser degree, doing the same. 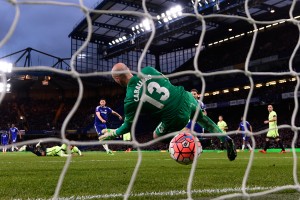 during The Emirates FA Cup fifth round match between Chelsea and Manchester City at Stamford Bridge on February 21, 2016 in London, England.

This becomes even a bigger problem when you consider their schedule. Yes, it can be looked at as a positive, but they also only play one other team in the title race. That means they don’t have the opportunity to take points directly off of them. This becomes an issue when you need them to drop points because it leaves Manchester City desperately relying on other teams. That’s a terrible situation to be in.

All of this is academic, though, because Manchester City have been wildly inconsistent this entire season. They have swung from looking absolutely brilliant to halfheartedly trudging around the field like they wanted to be somewhere else. Even if they do look like the best team in the league on occasion, that’s not enough. They need to be consistently brilliant to make up the deficit. This season, that has appeared to be too much for them. They have the players, they have a great coach, but something is lacking. It’s difficult to put your finger on it specifically, but it’s definitely missing. While we can’t 100% say that Manchester City’s title race is over (this season has been crazy, anything could happen), we can say that it’s 99% over. One more loss, and we can put this one to bed.