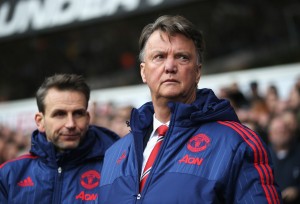 Manchester United have finally sacked Louis van Gaal. It is a move that has been coming since 2016 began. With a manager hanging on by a thread for so long, you would think that the sacking would come as a relief. Instead, it has been handled in the worst way possible, showing a level of disrespect that few managers deserve. I’m going to lay my cards on the table here. When I’m not writing for this website, I am a Liverpool and Johan Cruyff fan, and I strongly dislike Louis van Gaal, finding him to be one of the most arrogant and cocky managers in the game. Despite that, the way this sacking was handled has left a bad taste in my mouth, and it needs to be said that this shows that the issues at Manchester United run deeper than just van Gaal.

First and foremost, Jose Mourinho’s availability certainly complicated matters. In what I’ll dub The Mou Effect, the Special One’s present joblessness made most under pressure managers even more nervous. But, very quickly it seemed like there was only one place that he was going to go. A big reason this was so obvious was because the club and Mourinho’s representatives definitely spoke. We know that at this point. Unfortunately for van Gaal, he was left completely in the dark. Up until the beginning of the month, he was claiming that he was still going to be at Manchester United next season. Now, I’m not proposing that United do to van Gaal what City did to Pellegrini, but they should have done something to quiet down the media. That was a massive problem for van Gaal and Manchester United. When the media wolves gathered, United did nothing to protect their manager. Stories were still leaked to the press, and Manchester United hardly slowed down in their pursuit of Mourinho. It’s like a philandering husband (Manchester United) that everyone knows is cheating, all except for the painfully ignorant wife (van Gaal). You don’t know who you’re more upset with, the husband for being so terrible to the wife, or the wife for not calling the husband out on it. This leads us to the leaks… 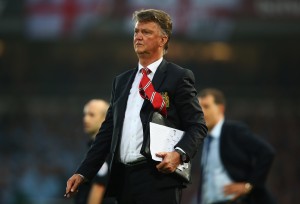 LONDON, ENGLAND – MAY 10: Louis van Gaal manager of Manchester United looks on during the Barclays Premier League match between West Ham United and Manchester United at the Boleyn Ground on May 10, 2016 in London, England. West Ham United are playing their last ever home match at the Boleyn Ground after their 112 year stay at the stadium. The Hammers will move to the Olympic Stadium for the 2016-17 season. (Photo by Paul Gilham/Getty Images)

This was my biggest problem with the whole ordeal. We can argue that the club’s silence might have helped van Gaal because it showed unity behind his message. It may even be argued that we have nebulous proof of United’s reaching out to Mourinho, which is nonsense because it’s a definite case of no smoke without a fire. What is completely undeniable and inexcusable is the constant leaks from the club dealing with this matter. At least once a week, we would get reports from journalists who were obviously briefed by Manchester United. This happens at every club to a degree, but it was the nature of the leaks that is what was so distasteful. The best examples of the content of these leaks are seen in the reports that were published after the BBC’s report of van Gaal’s sacking, but before the official statement from the club. Article like the one in the Independent by one of the most reliable Manchester United reporters, Mark Ogden, as well as the one in the Guardian by Daniel Taylor have too much insider information and are too similar to have not been directly leaked by the club. Both articles paint the picture of a manager who had lost the players, the fans, and, eventually, the higher ups at the club. Their hands were forced by van Gaal’s crazy. While these stories are easy to believe, given van Gaal’s character and tactics, it is the timing of the reports that show the sniveling attempt to pass the blame to the gunshot victim, from the man holding the smoking gun.

These leaks culminated in van Gaal finding out about his sacking through the media. As reported by Dan Roan of the BBC, van Gaal was told by his wife that he had been sacked after reading the BBC’s report of it, the very same night that he had won Manchester United the FA Cup. The same thing happened to David Moyes when he got sacked. Whether he was officially informed later that night, it wasn’t officially announced until two days later. This wouldn’t be down to any negotiations or finding else who would be leaving the club. This was the club hoping to be able to announce the hiring of Jose Mourinho at the same time. It’s clear from reputable reports at the time that Manchester United were hoping to announce Mourinho after the FA Cup match. This shows that in United’s plans, sacking van Gaal was an afterthought, good news that they have gotten rid of an obstacle to bringing in Mourinho.

This is now the second manager in a row that Manchester United have tossed aside in an incredibly disrespectful manner. For a club that considers itself to be not just another club, a club that shows faith in it’s youth and it’s manager, this move shows the ugly reality of what is happening in Manchester. If I were a United fan, I wouldn’t like it one bit.