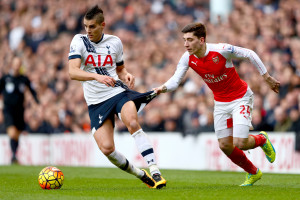 LONDON, ENGLAND – MARCH 05: Erik Lamela of Tottenham Hotspur has his shorts pulled by Hector Bellerin of Arsenal during the Barclays Premier League match between Tottenham Hotspur and Arsenal at White Hart Lane on March 5, 2016 in London, England. (Photo by Clive Rose/Getty Images)

The North London Derby is almost here, which will see old rivals Arsenal and Tottenham duke it out yet again. Going into the game, one team’s form, Arsenal, has been absolutely blistering, which sees them tied for the top of the table, while the other, Spurs, has been lethargic for a few weeks. While this game is always hotly contested, we need to ask ourselves, who needs this win more?

It seems silly to ask, because in this Premier League, a win is vital no matter who it comes against, but the argument could be made that either team needs this win. For Spurs, this game will be vital to getting them back to winning form. Not only is getting that swagger back as soon as possible important, it may be critical to their season. 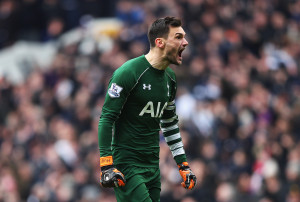 Already in recent weeks, many have questioned Spurs’ ability to truly challenge for the title. This, tied with our recent analysis of the importance of the fear factor, shows that Spurs can find themselves in a rather precarious situation with anything short of a win, especially after their loss to Bayer Leverkusen on Wednesday. A loss would move them six points adrift of the top of the table, meaning they will need their rivals to slip up to catch up.

That doesn’t mean Arsenal don’t need this win either.  In fact, they need this win to keep up with Manchester City and Liverpool, who they are tied with in the league. With how close the top of the league has been already, any slip up could be disastrous. 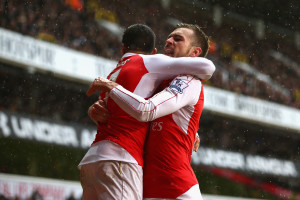 We also cannot forget that Arsenal’s next league game will be against Manchester United, who may be out of form but were able to get a point against Liverpool so shouldn’t be underestimated. And having the international break fall in between, just about anything can happen. Dropping points in two games on the bounce would put Arsenal back in what looks to be a suffocating close race.

With this game meaning so much to both teams, a win was always going to be important. That said, we need to answer the question of who needs this win more. After looking at everything, it’s close, but a win is probably more important right now to Tottenham. Dropping points would be bad for Arsenal because they could fall behind in the title race. That said, there will be opportunities to get those points back. For Spurs, they have not looked great for a few weeks, and falling even further behind would put that at a serious disadvantage for the rest of the season.