This season has seen an unprecedented amount of success for traditionally smaller teams, compared to the larger ones. The obvious is Leicester City, who are currently five points ahead at the top of the table. There are others that need credit, though. Teams like West Ham United, Stoke, and, to an extent, Watford have all shocked the league for much of the season. That isn’t even taking into account how many upsets there have been this Premier League season. It has been said for years, but this season has shown that the Premier League is truly a league where anyone can beat anyone. 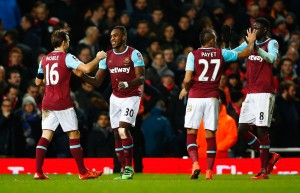 But what exactly is going on? We have never seen even close to this level of surprise results from all around the league. Something has to be different. We have covered what it could be time and time again, but I recently had an epiphany. This season, we are seeing the tipping point, the death of a trend that was so popular it unbalanced teams. I’m talking, of course, about the tiki-taka Barcelona style of play.

That’s not to say that there aren’t still teams that like to adhere to passing the ball and trying to control possession. That will always be the case. But this season is the culmination of a focus on smaller, technical players, an obsession with attacking midfielders, and favoring technical skill over athletic ability that many of the top teams have favored in recent years.

So how is this a bad thing? We want to see players with skill on the ball. It’s entertaining, and isn’t that what soccer should be? Of course, but every player on the pitch doesn’t need to be that. That’s where the trouble has set in. You can see this issue in its purest form in the two teams that played last night, Liverpool and Manchester United. Both teams are slowly moving away from this, but there has been an over abundance of smaller “number 10s” over the last few seasons that left the squad unbalanced. This has led to a lack of goals and a lack of steel in both cases. 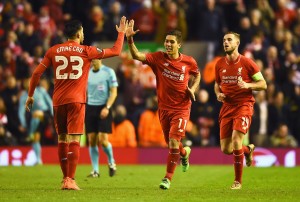 LIVERPOOL, ENGLAND – MARCH 10: Roberto Firmino of Liverpool (11) celebrates with Emre Can (23) as he scores their second goal during the UEFA Europa League Round of 16 first leg match between Liverpool and Manchester United at Anfield on March 10, 2016 in Liverpool, United Kingdom. (Photo by Laurence Griffiths/Getty Images)

Manchester City, too, has been guilty of favoring smaller, technical sides over simple athletes, though they are able to counteract this more with players like Yaya Youre and Vincent Kompany (among several other giants). The Chelsea squad that jogged to the league title two years ago was probably the best balance of technique and physicality, and if it weren’t for a shameful turn of form (read: player revolt), they would be near the top this season. Tottenham are getting a good mix of skill, speed, and strength as well, hence their current position of 2nd place.

Okay, so we see how this has effected the teams that are traditionally near the top of the table. What’s going on with everyone else? When technical players became the vogue, rather than athletes, the players that perhaps didn’t have as good a technique got pushed aside. Obviously, this also lowered their transfer fees and wages since there wasn’t as much of a demand for them. This in turn allowed teams with a smaller transfer kitty to snatch them up, building a team of fast, strong athletes that perhaps didn’t have as much skill as the bigger teams. For awhile, things stayed normal, or as normal as you could consider the Premier League, with the bigger teams having too much skill and still have just enough athleticism to beat the smaller ones. 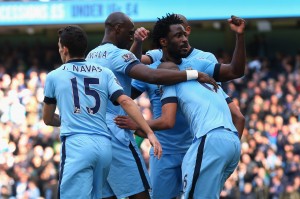 That all changed with the new TV deal. Every team was awash with money, so the Premier League’s little guys were able to bring in some technical players. In what was either a happy accident or great scouting, these technical players brought balance to the squads that the Premier League’s elite didn’t have. We are now seeing the benefits of that balance. The teams performing well against the ‘big guys’ are taking advantage of their more athletic players, but still have enough technical ability to not be beaten through skill. These same teams are struggling against the other traditionally smaller teams because they are set up

What this season has shown, above all else, is that balance between skill and athletics are critical. I have pointed out in the past that the Premier League’s Top 6 (Arsenal, Chelsea, Liverpool, Manchester City, Manchester United, and Tottenham) are set for big summers. If they learned the right things from this season, you will see a shift towards balance. If not, you’ll see a ton of ‘star’ players and big names. It’s a hard lesson to learn, but if they want to stay at the top of the Premier League, they will need to learn it. As for the rest of the league, the tide has turned permanently. There is enough money in this league to continue bringing in talent to maintain this balance. It’s going to be a fascinating Premier League, a soccer arms race to eclipse all others.