The transfer window hasn’t even opened yet and there has already been some massive transfer sagas. With many teams hoping to wrap up a major part of their transfer dealings prior to the European Championships in France, we have seen moves much earlier than usual. These moves also tend to be the marquee targets for many clubs. With that said, who were the biggest transfer stories of the summer so far, and can we expect even bigger ones in the coming weeks? 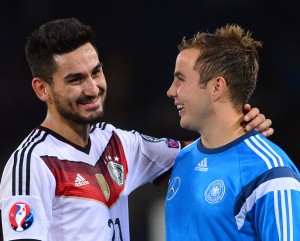 GLASGOW, SCOTLAND – SEPTEMBER 7 : Ilkay Gundogan and Mario Gotze of Germany celebrate at the final whistle during the EURO 2016 Qualifier between Scotland and Germany at Hamden Park on September 7, 2015 in Glasgow, Scotland. (Photo by Mark Runnacles/Getty Images)

A move that shows you that nothing is certain in soccer. The transfer made a ton of sense. Liverpool and Klopp wanted the player, Gotze had told his agent (who then told the club) he was interested in a move, and Bayern Munich told him he could leave. Then Juventus and Dortmund became interested and things got murky for a bit. Then it was just down to Liverpool again. Then, the bombshell came that Gotze would reject a transfer and push his way into the Bayern starting line up. Mind you, this was all over the course of a few days. This, without a doubt, turned into one of the most protracted and winding transfer sages in awhile.

This one hasn’t been announced yet, but it has been a transfer in the offing since Guardiola was announced as Manchester City’s next manager. There has been several other clubs that have taken a sniff at the talented midfielder, but it seems like this one was settled for quite some time. What makes it a transfer saga is less of the the twists and turns of a normal saga, but instead the lack of movement for a transfer that was so certain. The move seems like it’s going to happen, but when? 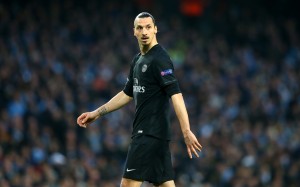 Zlatan Ibrahimovic has a cult of personality built around himself that can only really compete with Donald Trump, for better or worse. When it was revealed that the Zlatan had played his last game for PSG and would be leaving on a free transfer this summer, newspapers jumped to guess where he would end up. Many teams were assumed to be interested, but many also balked at his astronomical wages. It looked like the China or MLS, the more likely of the two, beckoned. Now, it appears that he will be on his way to Manchester United. This story has dominated many papers since it became clear that he was on the market. Any transfer story centered around the Zlatan is bound to become a saga.

This was an odd story. At first, Arsenal appeared to not even be interested in Granit Xhaka. The first links that appeared for the player were to Manchester 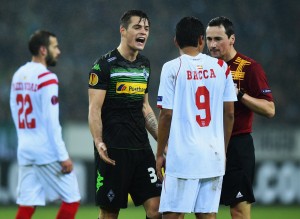 City and Liverpool. Once Arsenal became interested, and Manchester City firmed up interest in Gundogan, it was clear where he was going, but only if the two teams could agree a fee. It wouldn’t be the first time that a transfer to Arsenal was scuppered at the last minute because the two teams were £1m apart and couldn’t meet in the middle. But when pictures of Xhaka in the new Arsenal were leaked to the internet, it seemed like it was all done. With the confirmation now coming, this one is done and dusted, and seems like a good move for Arsenal.

Gonzalo Higuain had an amazing, record-breaking season. Scoring 36 goals in 35 games is an incredible achievement. It was only a matter of time before he would be linked with a move elsewhere. The two strong links currently are Chelsea and Arsenal, though these are potentially tenuous at best. Specifically, Arsenal seems to be a link that is more hope from fans than actual transfer interest. As for Chelsea, there is legitimate concerns at the club over the future of Diego Costa and may look to move him on, while picking up a world class talent. With the summer transfer window still a few weeks away, expect even more interest to arise in the 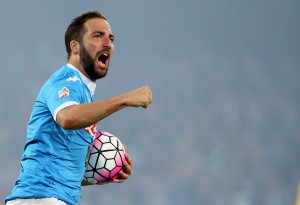 NAPLES, ITALY – MAY 14: Gonzalo Higuain of Napoli celebrates after scoring his team’s second goal the Serie A match between SSC Napoli and Frosinone Calcio at Stadio San Paolo on May 14, 2016 in Naples, Italy. (Photo by Maurizio Lagana/Getty Images)

player, especially if he performs well in the Copa America. This could all be a moot point if the player decides to stay in Naples, which is very likely.

Those are some big players that have already either moved or decided to stay at their clubs, for now. Mario Gotze is a World Cup winning player. Gonzalo Higuain is one of the best strikers on the planet, and the same can be said for Zlatan. Both Gundogan and Xhaka are players that could settle into their two new teams for years to come. These are massive transfer stories. The crazy thing is, get ready for bigger stories. With Liverpool missing out on their top target, unless there’s one final twist, and Chelsea, Manchester City, and Manchester United just getting started, there are going to be even bigger transfer. There are already predictions that this summer could see Premier League transfer pass the £1b mark. Get ready, this could be a big summer.